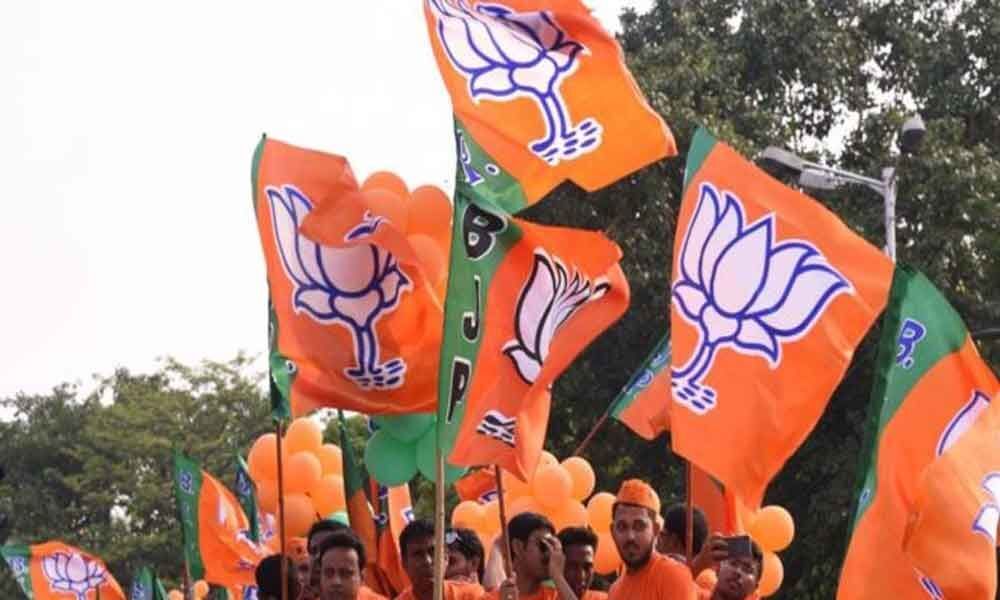 With less than three years to go for the Assembly elections in Uttar Pradesh, the BJP is keeping its OBC allies at bay in the state.

Lucknow:With less than three years to go for the Assembly elections in Uttar Pradesh, the BJP is keeping its OBC allies at bay in the state.

After severing ties with the Suheldev Bhartiya Samaj Party (SBSP) on May 20, the party has now gone ahead and upset the Apna Dal by not giving it a place in the Union Cabinet.

Both the allies were crucial to BJP's stupendous success in the 2017 Assembly elections, when it won 325 out of 403 seats.

Through these two OBC-centric parties, the BJP consolidated its hold on non-Yadav OBCs and non-Jatav Dalits and finally cracked the caste arithmetic of the SP-BSP alliance in just concluded Lok Sabha polls. The saffron party won 64 of the 80 seats in Uttar Pradesh.

The SBSP is a Rajbhar-centric party. Agricultural labourers, the Rajbhars are counted among the 17 Most Backward Classes (MBCs) within the OBCs in Uttar Pradesh and account for roughly 2.6 per cent of the population, mostly concentrated in the eastern region. They wield influence in about 55 Assembly segments in eastern UP.

The Apna Dal, on the other hand, is a Kurmi-based party. The Kurmis constitute nine per cent of the total state population and 24 per cent of the OBC population. The alliance with Apna Dal, which was forged in 2014, helped consolidate the Kurmi vote base in BJP's favour.

Anupriya Patel, daughter of Apna Dal founder Dr Sonelal Patel, has emerged as the undisputed leader of the Kurmi community in recent years.

"Now that the elections are over, the BJP is shedding 'excess baggage'. UP Chief Minister Yogi Adityanath dismissed SBSP chief Om Prakash Rajbhar from his Cabinet a day after the final phase of polling. It was clear that the BJP could not afford to dismiss Rajbhar while the elections were on. Now they have done the same with Apna Dal," said political analyst and senior journalist R.K. Singh.

The SBSP is simmering with rage. Om Prakash Rajbhar said: "The BJP played foul with us. They kept us waiting on seat sharing till the end and then backed out. We are now going to launch a campaign to expose the anti-OBC and anti-Dalit policies of the BJP."

The Apna Dal is also "hurt and upset" at being denied a berth in the Union Cabinet. However, its President Ashish Singh tried to downplay the growing chasm between the two allies. "We are still with BJP and can only hope for the best," he said.

Other Apna Dal leaders were more vocal though. "Anupriya Patel won her seat with a margin of 2.5 lakh votes. We were given two seats and we won both (Mirzapur and Robertsganj). Our leaders have always cooperated with the BJP even though we were not given the promised share in the Yogi government. The BJP should not test our patience because our workers are upset," said an MLA.

Senior BJP functionaries, on condition of anonymity, admitted that it was necessary to keep the OBC vote bank intact if the party wanted to repeat the government in the state in 2022.

"It is for our leaders to decide but we feel that an extra effort should be made to keep the allies, particularly the OBCs, in good humour in the prevailing political situation. We should not be over-confident," a functionary said.