BJP may revive Operation Kamala post polls, but it will not succeed: Siddaramaiah 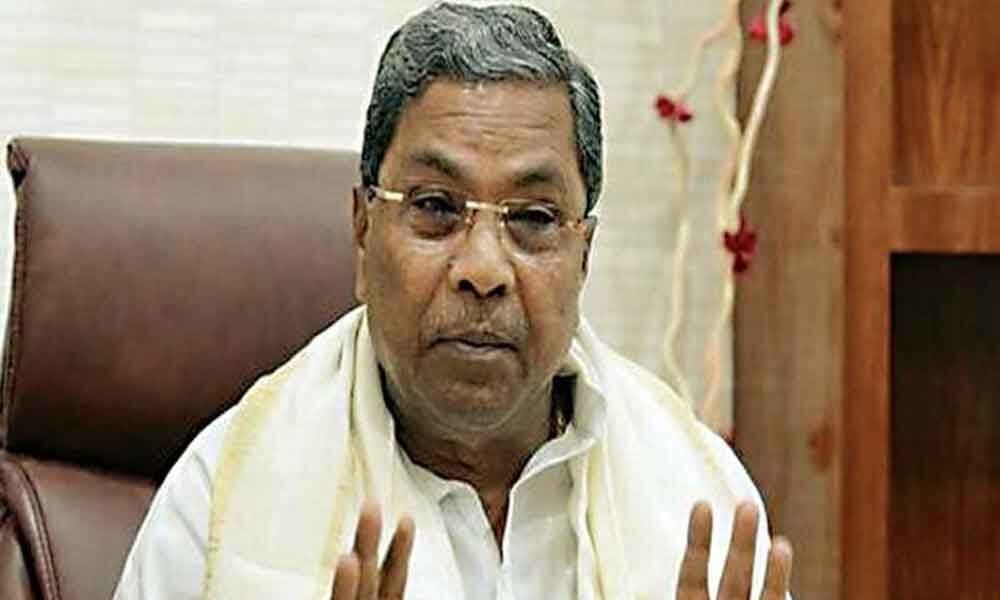 Karnataka goes to the polls in the second and third phases on April 18 and 23.

Mysore: The BJP is likely to revive its "Operation Kamala" to topple the Congress-JD(S) government in Karnataka after the ongoing general election, but it will not succeed in its effort, Coalition Coordination Committee chairman Siddaramaiah has said. There is no "threat" to the Congress-Janata Dal (Secular) government, which is "very much stable" and functioning smoothly without hiccups, he told PTI on Monday.

The Congress Legislature Party (CLP) leader further said "Operation Kamala 2.0" will not succeed as the Bharatiya Janata Party (BJP) is unlikely to return to power at the Centre. "Operation Kamala" (Operation Lotus) refers to the successful attempt of the BJP to engineer the defection of opposition legislators to ensure the stability of the BS Yeddyurappa government in Karnataka in 2008. It is widely believed that the saffron party is attempting "Operation Kamala 2.0" to form the government in the southern state by trying to lure the legislators of the ruling coalition.

The BJP had tried to engineer defections soon after the May, 2018 Assembly polls when it emerged as the single-largest party with 104 seats but fell short of majority. However, the Congress-JD(S) coalition was on guard. "They may try Operation Kamala again and I do not think they will succeed," Siddaramaiah told PTI in an exclusive interview.

He was responding to a query on the possibility of the BJP, if it returns to power at the Centre, reviving its "poach-all" operation to stake claim to form the government in Karnataka. "The BJP cannot come to power at the Centre as it will not win a good number of seats in Uttar Pradesh and Bihar. In the 2014 (Lok Sabha) election, it had won 102 of the 120 seats in Bihar and Uttar Pradesh. Is it possible to win the same number of seats again? How can you say the BJP will come to power?," the former Karnataka chief minister said, adding that the saffron party may not get 50 per cent of the seats it had bagged in these two states five years ago.

Dismissing reports of any threat to the Congress-JD(S) coalition government in Karnataka, he said, "We do not have any fear. It is the BJP which is saying the government is not stable. Prime Minister Narendra Modi is also saying it."

The Congress-JD(S) coalition has 117 MLAs, whereas the BJP has 104. The saffron party will have to get at least 13 legislators from the ruling alliance to resign from the Assembly in order to bring down the strength of the House, allowing it to stake claim to form the government in the southern state.

The defecting MLAs cannot join the BJP straightaway as in that case, they will attract disqualification under the anti-defection law. Karnataka goes to the polls in the second and third phases on April 18 and 23.