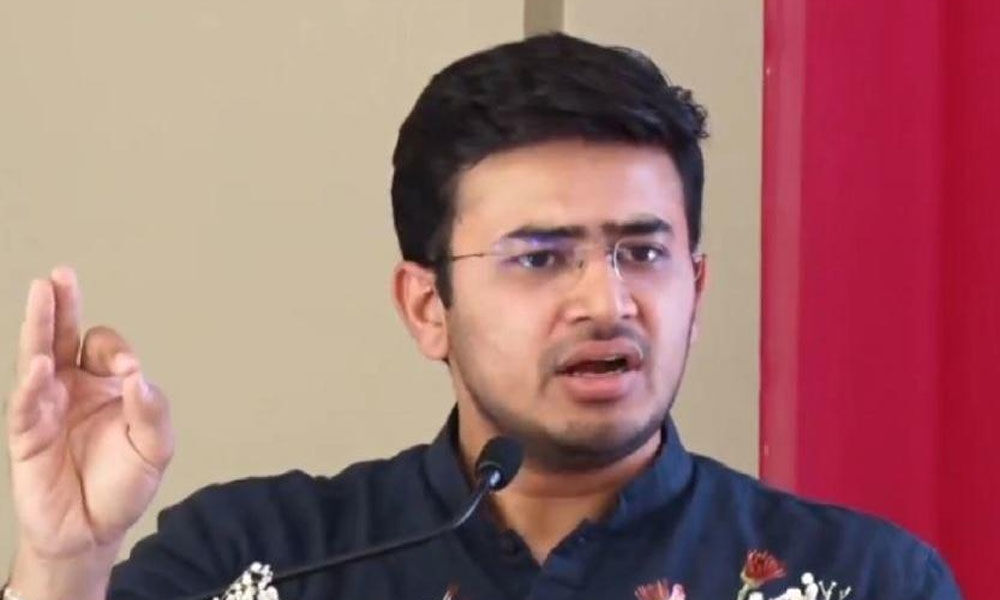 His candidature is said to have been presented by the RSS against the lone name of Tejaswini Ananth Kumar proposed by the BJP state unit.

The BJP central leadership picked the fiery youngster, Tejasvi Surya, as its candidate for the key Bengaluru South constituency. The 28-year-old broke the news on his Twitter handle, which left not just him but even the state BJP leadership shocked on Monday.

Surya being law graduate, with student union background from National College and a degree from Bangalore Institute of Legal Studies, has made an impact on the central leadership with his communication skills.

His candidature is said to have been presented by the RSS against the lone name of Tejaswini Ananth Kumar proposed by the BJP state unit. When asked about the surprise pick, state president BS Yeddyurappa said: "We had sent only one name, that of Tejaswini. However, the party central leadership took a different view. I do not know the reason for this. I have given Surya the 'B' Form and we will work as per the party decision."

On Tuesday the complete rift between the Sangh Parivar choice and the party management in Bengaluru South came to the forefront when Surya was accompanied by his uncle and Basavangudi MLA Ravi Subramanya, Chikpet MLA Uday Garudachar along with Rajya Sabha MP Rajeev Chandrasekhar. Senior BJP men considered as influential community leaders in a Vokkaliga-dominated constituency, including former deputy CM R Ashoka and Govindrajnagar MLA V Somanna and MLA Satish Reddy from Bommanahalli, stayed away from Surya's nomination filing rally.

On Monday, Surya met Tejaswini at her residence. Tejaswini spoke to the media in Surya's presence and said she had always abided by the party diktat but hinted at her being sidelined. "Ananth Kumar and I came to Bengaluru and built this party when there wasn't even a party office. I personally cooked meals for the cadre and even doubled up as a receptionist. However, I have maintained my stand that nation comes first and this is the time to show maturity. I appeal to the cadre to forget the internal differences and work towards building the nation. We will campaign for Surya," she said.

Tejaswini's statement came amid sloganeering loyalists who chanted "Ananth Kumar Amar Rahe" and "We want justice". A nervous Surya tried to calm the gathering by raising slogans of "Bharat Mata Ki Jai" but received little reciprocation from the cadre.

Responding to the advances made by the party, BJP MLC Lehar S Singh said: "The central leadership was confused as a report from local leaders said Tejaswini will not be able to win the election. Since Tejasvi Surya was groomed by Ananth Kumar and was a like a family member, he was picked."