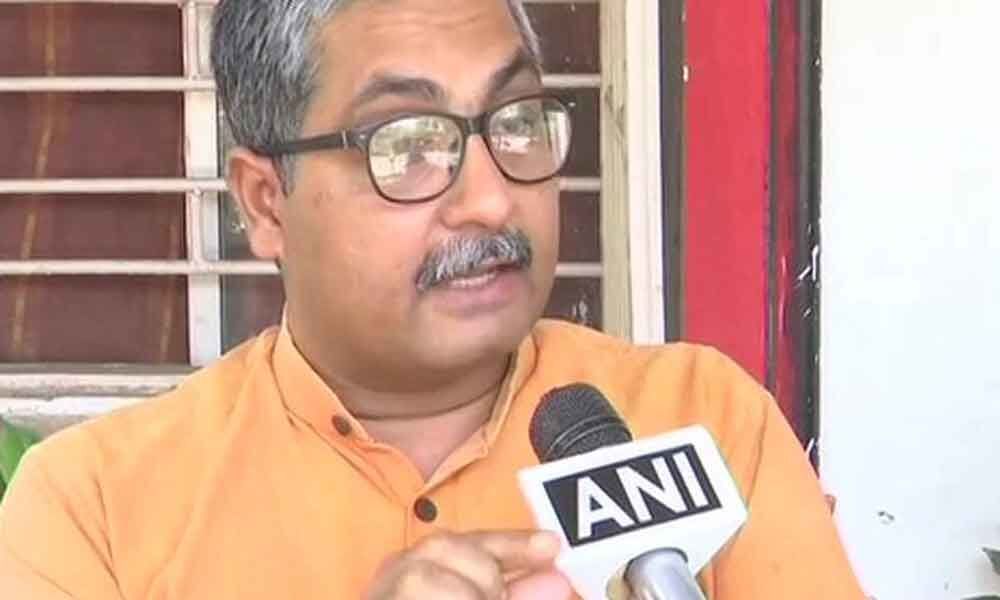 New Delhi: Bharatiya Janata Party (BJP) on Friday suspended its Madhya Pradesh spokesperson Anil Saumitra from the primary membership of the party for calling Mahatma Gandhi "the father of Pakistan."

Madhya Pradesh BJP unit chief Rakesh Singh conducted an investigation into the matter and directed Saumitra, who is also the chief of BJP's media relations department, to reply within seven days.

"Nathuram Godse was a deshbhakt, is a deshbhakt and will remain a deshbhakt," Thakur had said while commenting on actor-turned-politician Kamal Haasan's statement on independent India's first terrorist being a Hindu, referring to Godse.

Thakur, who faced backlash from the Opposition and her party alike, apologised for hurting sentiments of people.

"If someone has been hurt then I apologise for it. What Gandhi ji did for this country cannot be forgotten. I respect him a lot. My statement was misinterpreted and twisted by the media," she had told ANI on Thursday.

Earlier in the day, Prime Minister Modi had said he will never forgive Thakur for insulting Mahatma Gandhi by calling Nathuram Godse a patriot.

"The statements given about Gandhiji or Godse are very bad and are wrong for the society. Though she (Sadhvi Pragya Singh Thakur) apologised but I will never forgive her," Prime Minister Modi said in an interview with News24 TV channel.