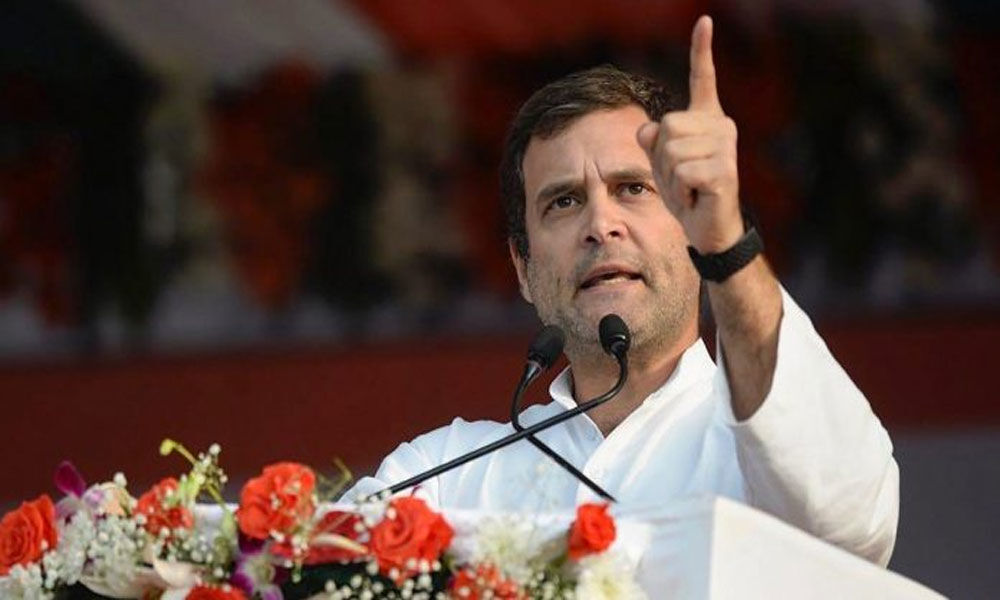 Congress chief Rahul Gandhi said on March 19 his party will restore the special category status to Arunachal Pradesh and other states in the northeast if elected to power.

There are some states in the country which require special status because of their "unique problems and difficulties" such as connectivity, terrain, infrastructure, Gandhi said at an election rally here.

During the Congress rule at the Centre, he said, Arunachal Pradesh and other NE states used to enjoy special category status.

Arunachal Pradesh has a special place in the heart of the Congress party and "we would like to have a 'dil ka rishta' with the people of the state", he said.

The Congress would never attack the indigenous language, culture, customs and traditions of Arunachal and other Northeast states, Rahul said.

The government plans to change the definition of illegal migrants with the Citizenship Amendment Bill 2016. It seeks to amend the Citizenship Act 1955 that gives citizenship to illegal migrants of Hindu, Sikh, Busshist, Jain, Parsi and Christian origin. The Act, however, does not have a provision for Muslims who are Shias and Ahmediyas and who face persecution in neighbouring countries.

The Assam Gano Parishad has threatened to cut ties with ally BJP over this, stating that this law attacks the cultural and linguistic identities of population here. Opposition parties have also slammed this attempt to grant citizenship on the basis of religion.

Election to the 60-member Arunachal Pradesh Assembly and two Lok Sabha seats will be held on April 11.