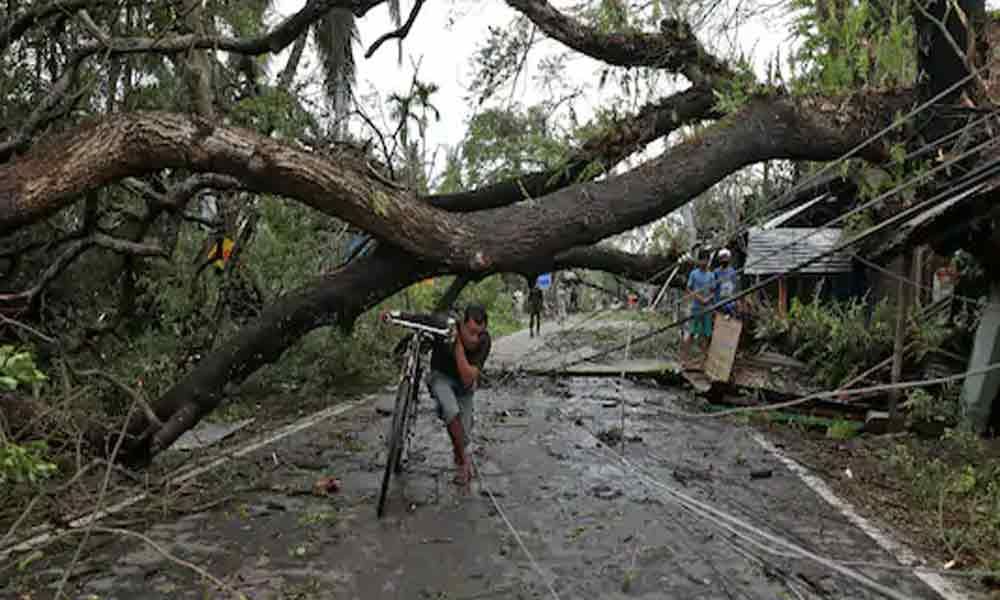 Kolkata: Prime Minister Narendra Modi, West Bengal Governor, Jagdeep Dhankar and Chief Minister Mamata Banerjee conducted an aerial survey of areas hit by the cyclone Amphan which claimed 80 lives in the state. Prime Minister Modi accompanied by the governor and the chief minister of the state flew in an IAF chopper over the districts of North and South 24 Paraganas and Kolkata.

PM Modi earlier reached Kolkata on Saturday in an Indian Air Force aircraft and was welcomed at the airport by West Bengal Governor Jagdeep Dhankar and Chief Minister Mamata Banerjee, among others. He then left for the aerial survey of the cyclone-affected parts of the state, accompanied by the chief minister and the state governor.

I sincerely thank the President Ram Nath Kovind Ji, for personally calling me to convey his support&concerns for the people of Bengal in this unprecedented time of crisis because of #AmphanCyclone. We are extremely grateful: West Bengal Chief Minister Mamata Banerjee. (File pics) pic.twitter.com/zP0QgzLFVu

PM Modi will hold a meeting with senior officials in Kolkata before leaving for Odisha to take stock of the situation there. He will conduct an aerial survey of the parts of the state impacted by cyclone Amphan. He will also conduct review meetings with officials in Bhubaneswar. PM Modi will be accompanied by the chief minister of the state Naveen Patnaik during the aerial survey.