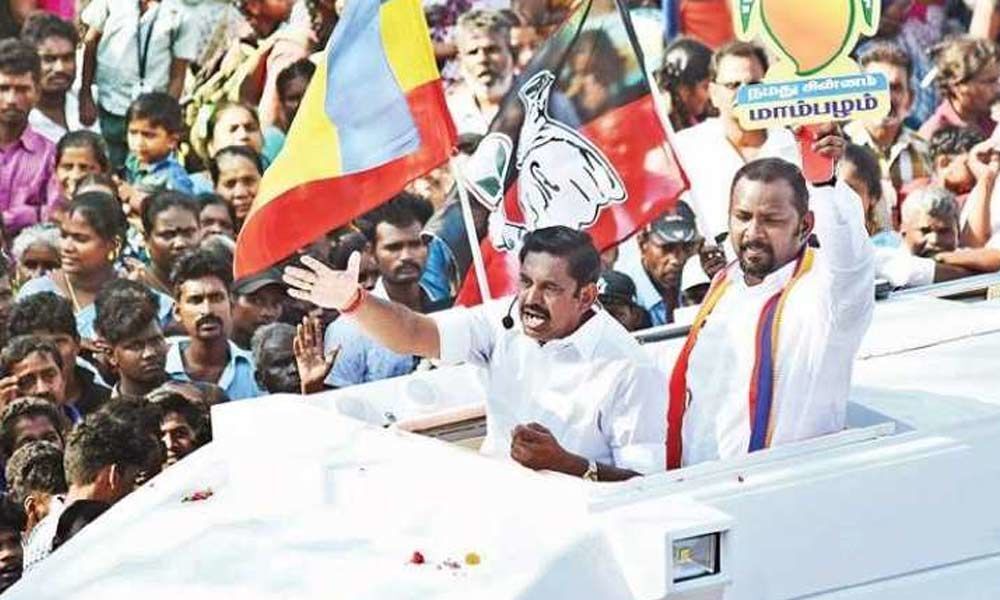 Chief minister Edappadi K Palaniswami gashed his the opponent saying 'one of the richest' in the country was in electoral politics to protect his...

Chief minister Edappadi K Palaniswami gashed his the opponent saying "one of the richest" in the country was in electoral politics to protect his assets and not for public service within hours after DMK candidate Dayanidhi Maran filed his nomination papers for the Central Chennai Parliamentary constituency seeking a third term.

During his whistle-stop campaign in the constituency that began near Parthasarathy Temple in Triplicane, Palaniswami tossed a full throttled outbreak at Maran. The CM alleged that the prominent candidate could only be seen during elections, unlike those of the AIADMK front, as he was motivated by the large gathering.

"Maran has a house a kilometre-long on Boat Club Road (in Chennai). You will not be allowed near his gate after his victory, and your grievances can never be addressed by him," the CM said, to loud cheers from followers. Palaniswami had earlier in the day rescheduled his campaign as he was indisposed, said his campaign managers.

"They have built an empire by running 40 television channels. The monthly package comes at an expensive price (after TRAI rules). Why can't they give it free of cost, if they engage in public service?" EPS said, alleging that massive riches were accumulated by the families.

While the appealing leader, Jayalalithaa selected to address the electors in every district, Palaniswami hit the streets in a campaign vehicle and made brief appearances, sporting a microphone to address the crowd along the route.

"Stalin goes everywhere and says our AIADMK government is corrupt. The only government in the country that was dismissed for corruption in the country is that of DMK," Palaniswami said, wondering on what ethical ground DMK could make such accusations. He alleged that the DMK indulged in corruption during the previous regimes.