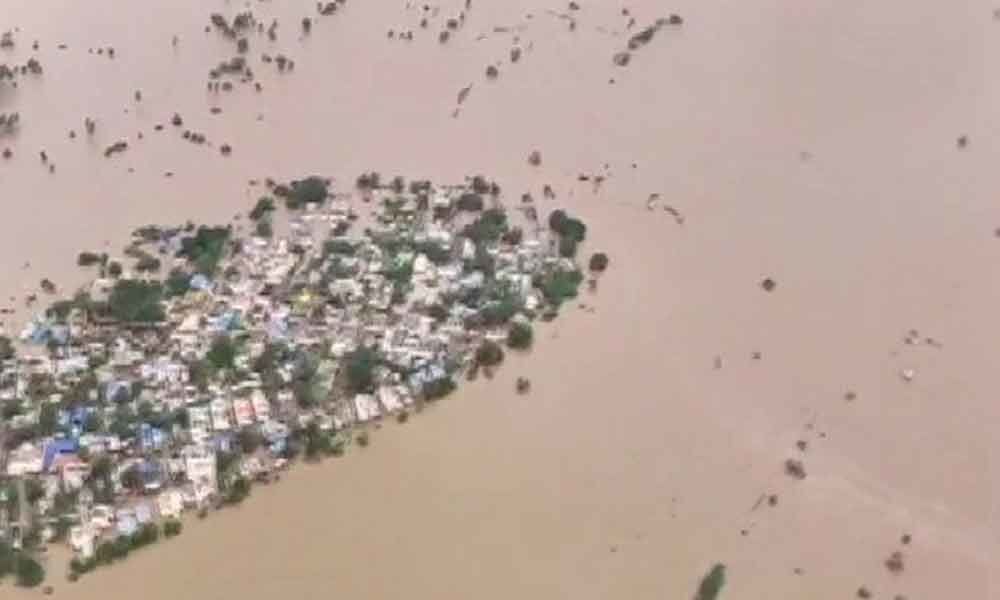 The floods have also resulted in heavy loss of livestock with 859 animals reported dead.

Bengaluru: As Karnataka continues to battle monsoon fury, the death toll on Wednesday mounted to 61, according to the data released by Karnataka State Natural Disaster Monitoring Centre (KSNDMC).

In the 22 flood battered districts, the maximum deaths have occurred in Belagavi, where 15 were killed. According to the data, at least 14 people remain missing.

Rescue teams deployed in the state have rescued over seven lakh people till now, the report stated.

The floods have also resulted in heavy loss of livestock with 859 animals reported dead.

Meanwhile, the India Meteorological Department (IMD) has predicted heavy to very heavy rainfall during the next 24 hours in most parts of Karnataka, with extremely heavy falls at isolated areas of Kodagu, Chikkamagaluru and Shivamogga districts.

In the wake of the damage caused due to the incessant rains, the administration of Kukke Shri Subrahmanya Temple, earlier in the day, donated Rs 1 crore to the Chief Minister Relief Fund.