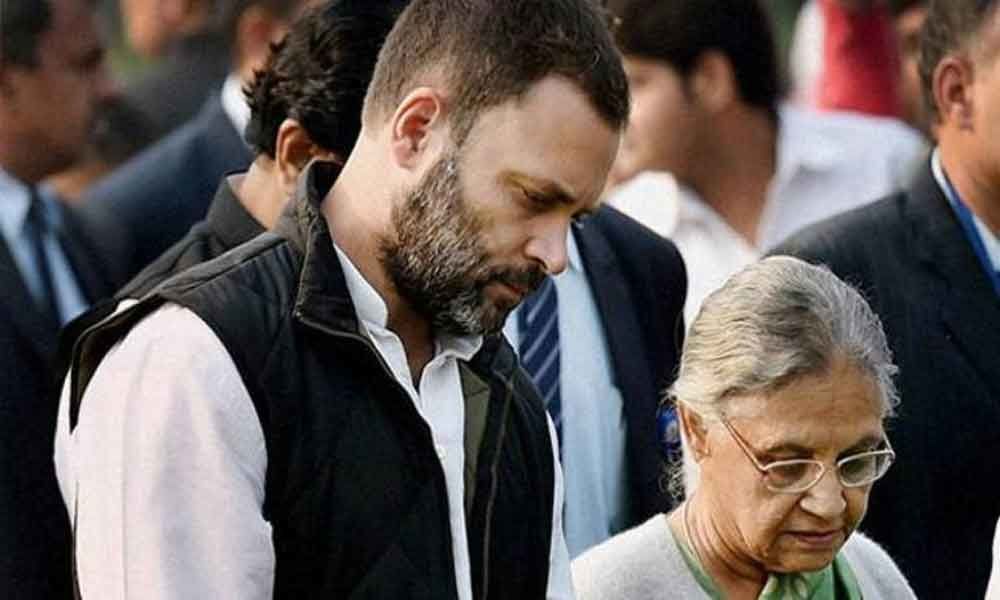 The meeting, which last for around 20 minutes was also attended by AICC in charge of Delhi PC Chacko.

Dikshit, who has been opposing an alliance with the AAP, had said on Sunday that the decision on tie-up for Lok Sabha polls will be declared in a few days.

The decision from Rahul Gandhi on an alliance is expected "anytime" now, sources said.

Delhi Congress is divided over the issue with one side claiming that a 4-3 seat sharing formula has been finalised and AAP will be asked to leave three out of the seven parliamentary constituencies in national capital.

AAP convener Arvind Kejriwal had however said on Monday that Rahul Gandhi had refused an alliance with his party.