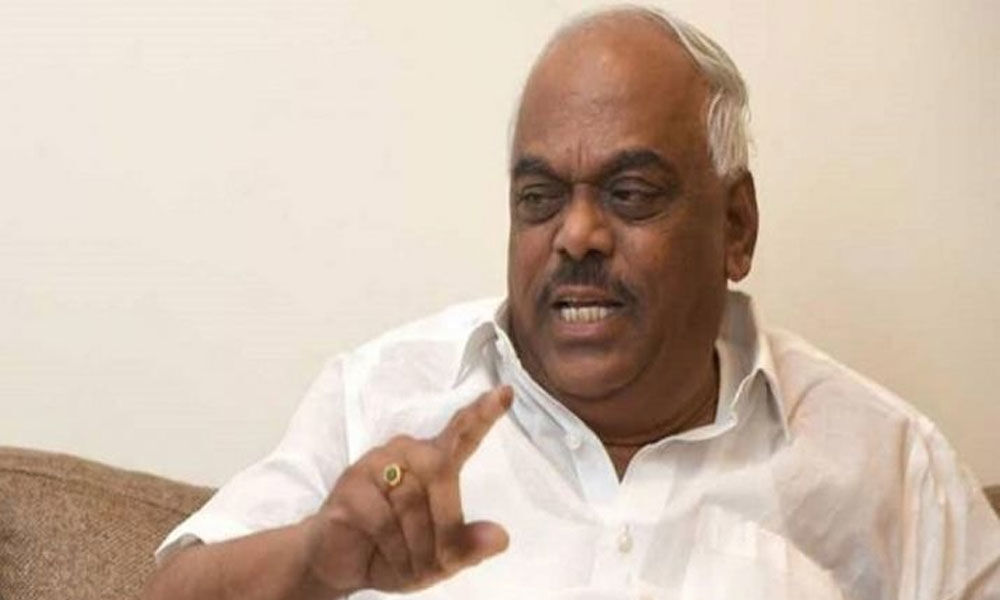 His comment came after Cong leader KH Muniyappa's last month opined that his relationship with Kumar was like that of 'husband and wife'.

Kolar: Karnataka Assembly Speaker KR Ramesh Kumar has said that he "doesn't sleep with men" and has a legal wife.

His comment came after Congress leader KH Muniyappa's last month opined that his relationship with Kumar was like that of "a husband and wife".

"I don't sleep with men. I have a legal wife. So, he (KH Muniyappa) may be interested but I am not", Kumar said reacting to the month-old statement.

On February 15, KH Muniyappa had said, "Ramesh Kumar and I are like husband and wife and we don't have any issue (over LS tickets) and quarrelling is common to us."

According to sources, Muniyappa made the comment after Kumar expressed dissent over the former getting a Lok Sabha ticket.

The LS polls in Karnataka will be held in two phases on April 18 and April 23 with 14 constituencies going to the polls in each phase. Counting of votes will be done on May 23.