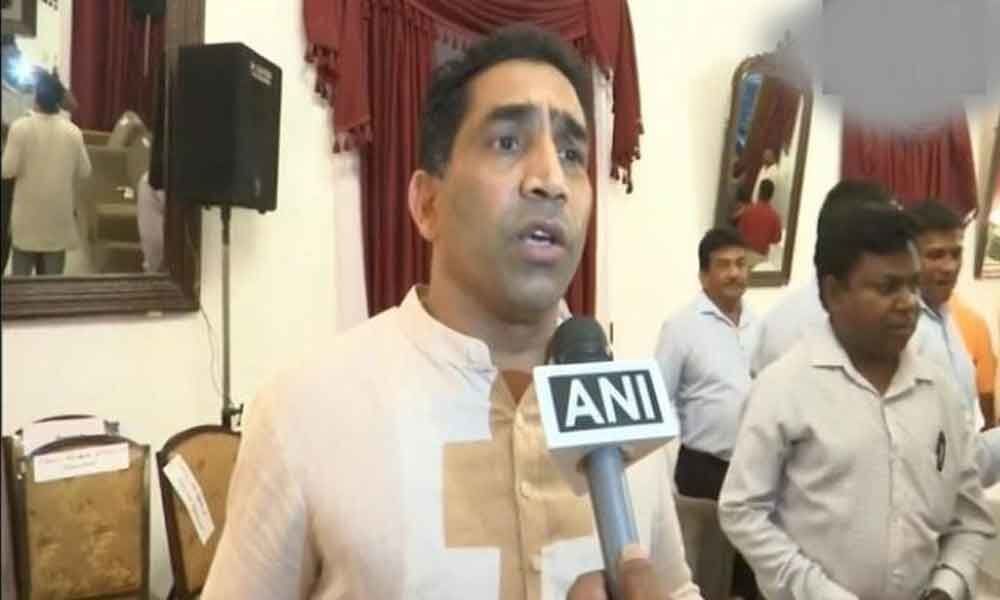 On Wednesday, Dhavalikar was dropped from the Goa cabinet, about a week after being sworn-in to the post.

Panaji: Goa Art and Culture Minister Govind Guade dubbed Maharashtrawadi Gomantak Party (MGP) MLA and Deputy Chief Minister Sudin Dhavalikar as one of the "most corrupt" persons in the state.

Demanding an inquiry into Japan International Co-operation Agency (JICA) funded water and sewerage management project, Gaude told ANI, "Sudin Dhavalikar is the most corrupt person in Goa. An inquiry has to be conducted in JICA construction because it is a long pending project and roads which have been considered under repairs and installation should be investigated as time-bound has been already completed."

On Wednesday, Dhavalikar was dropped from the Goa cabinet, about a week after being sworn-in to the post. Chief Minister Pramod Sawant recommended the sacking of Dhavalikar from the cabinet, which was accepted by Governor Mridula Sinha.

Dhavalikar was holding portfolios of transport and public works department in the Sawant-led Goa cabinet.

Sawant told ANI, "He was conducting activities against the alliance, we had requested Sudin's brother Deepak to not contest in Shiroda bypoll but he is not ready to listen, so we took the decision."