Gold may surge to Rs 40K per 10 grams by Diwali 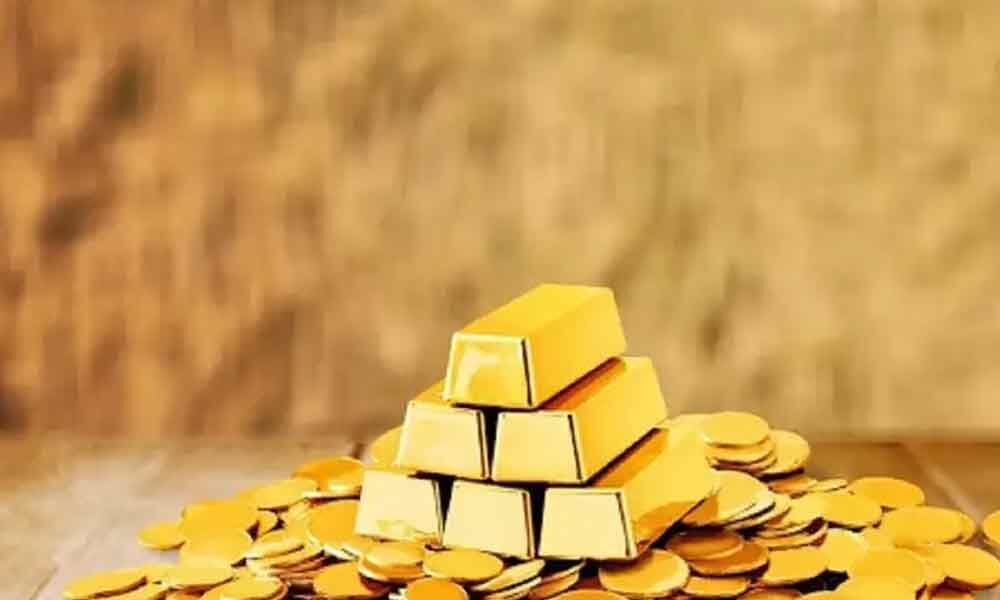 Amid global growth concerns and heightened trade tensions between the US and China, gold prices might cross the Rs 40,000 mark by Diwali, analysts have said.

Mumbai : Amid global growth concerns and heightened trade tensions between the US and China, gold prices might cross the Rs 40,000 mark by Diwali, analysts have said.

Typically, the demand for gold reflects the expectations about the future, the prices of the precious metal tends to rise amid uncertain economic situations or political upheaval.

Currently the October contract of gold was priced at Rs 37,995 per 10 grams on the Multi-Commodity Exchange (MCX).

"Demand for the precious metal may slow down slightly owing to some easing in trade tension between US and China, but over the trend is negative. We see gold prices around Rs 39,000 to 40,000 per 10 grams by Diwali, " said Anuj Gupta of Angel Brooking.

Gupta explained that the gold prices were surging primarily owing to the decline in global growth rate.

Experts globally are also suggesting investments in gold and other precious metals amid these uncertain times as an insurance against economic uncertainty.

"We now recommend all investors have a full allocation to precious metal investments in their portfolio," said a Gohring and Rozencwajg report.

"We believe the bear market in gold has run its course and a new bull market has begun."

Lower interest rate by central banks and the ongoing trade dispute between the two biggest economies, the US and China, were supporting the gain in gold prices.

Besides, latest worry came over the recession warning via bond market. The inversion in the US bond yield hit levels last seen in 2007, just ahead of the global financial crises.

This came even as the US decided to defer the rise in trade tariffs it announced earlier as major export market showed renewed signs of weakness.

Europe's biggest economy, Germany, reported negative growth, hence nearing the risk of a recession. The UK had already reported a contraction in growth amid Brexit woes and China added fuel to fire after it released weaker than expected factory data.

Investment firm Morgan Stanley had said that if the trade war further soared via the US further raising tariffs on all goods imported from China to 25 per cent, "we would see the global economy entering recession in three quarters".