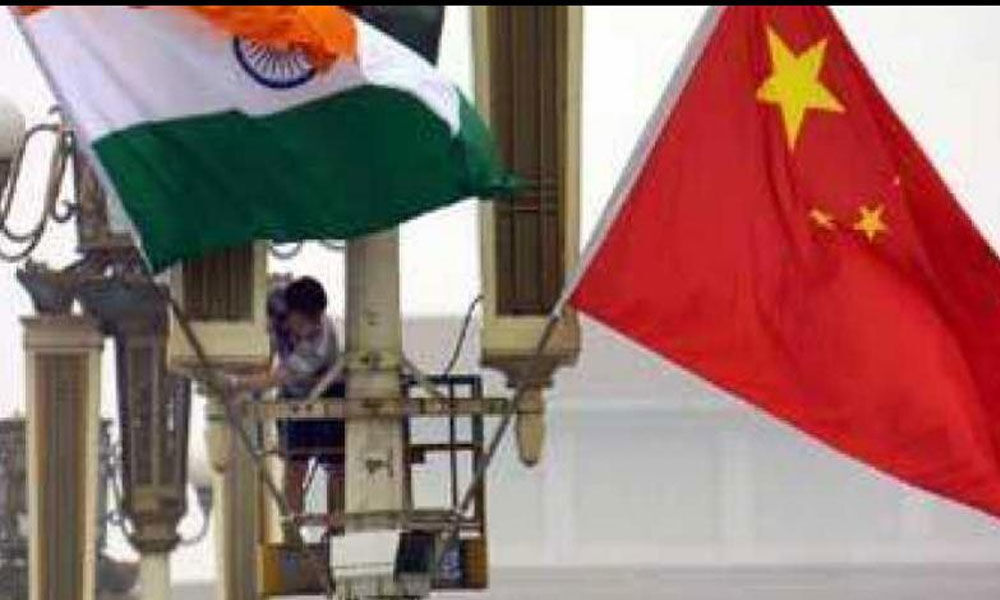 Foreign Minister Wang Yi said that next month China plans to hold much bigger, second BRF which will be attended by Pak PM.

New Delhi/Beijing: India on Wednesday signalled that it will boycott China's second Belt and Road Forum for a second time, saying no country can participate in an initiative that ignores its core concerns on sovereignty and territorial integrity.

India boycotted the first Belt and Road Forum (BRF) in 2017 after protesting to Beijing over the controversial China-Pakistan Economic Corridor (CPEC) which is being laid through the Pakistan-occupied Kashmir (PoK) overriding New Delhi's sovereignty concerns.

Foreign Minister Wang Yi recently said that next month China plans to hold a much bigger, second BRF which will also be attended by Pakistan Prime Minster Imran Khan.

Speculation is rife whether India would attend the second BRF as China has deepened its commitment to expand the USD 60 billion CPEC, which aims to connect China's Xinjiang province with Pakistan's Gwadar port with a host of road, rail, gas and oil pipelines. China has also undertaken a host of energy projects under the aegis of the CPEC.

India's Ambassador to China Vikram Misri told the state-run Global Times that "above all, connectivity initiatives must be pursued in a manner that respects sovereignty, equality and territorial integrity of nations".

"No country can participate in an initiative that ignores its core concerns on sovereignty and territorial integrity," he replied to a question about India's concerns over the BRI and whether India would take part in the second BRF meet.

The Indian envoy's interview was carried by the daily on Wednesday.

"To be honest, we have made no secret of our views and our position on the BRI is clear and consistent and one that we have conveyed to the authorities concerned. India shares the global aspiration to strengthen connectivity and it is an integral part of our economic and diplomatic initiatives. We ourselves are working with many countries and international institutions in our region and beyond on a range of connectivity initiatives," Misri said.

"However, it is also our belief that connectivity initiatives must be based on universally recognised international norms, good governance and rule of law. They must emphasise social stability and environmental protection and preservation, promote skill and technology transfers and follow principles of openness, transparency and financial sustainability," the Indian envoy said.

India along with the US and several other countries have been highlighting the concerns over the BRI projects, leaving a number of smaller countries in debt traps. The concerns grew louder after China took over Sri Lanka's Hambantota port on a 99-year lease as debt swap. Several countries including Malaysia and even Pakistan have wished to reduce the Chinese projects over debt concerns.

Asked whether India-China ties are back on track, Misri said: "the bilateral relationship between India and China is of great significance not just to the two countries, but also to the larger region and the international community".

He said that the Wuhan summit between Prime Minister Narendra Modi and President Xi Jinping in April, 2018 was a "milestone in bilateral relations during which the two leaders exchanged views on overarching issues of bilateral and global importance, and elaborated their respective visions and priorities for national development in context of the current international situation".

Last year, the two leaders also met on the sidelines of multilateral summits. "These meetings have reinforced strategic communication between the two countries at the highest levels and helped in elaborating a road map for continuing contacts. China is India's biggest neighbour and we assign a very high priority to this relationship," the Indian envoy said.

"Unlike some 50 years ago, when our relationship had a much narrower basis and there was not much communication, today we have what one would call a full-spectrum relationship. This has been possible because our respective leaders have realised that mutually-beneficial cooperation responds to the most urgent developmental needs of our people and these needs to be prioritised over other issues," Misri said.

Asked about the impact of India's elections on India-China ties, Misri said: "my own feeling is that on foreign policy issues there is a broad political consensus in India on where our national interests lie. I do not think therefore that the outcome of the elections will impact the broad contours of India's foreign policy in general or the very important relationship with China in particular".