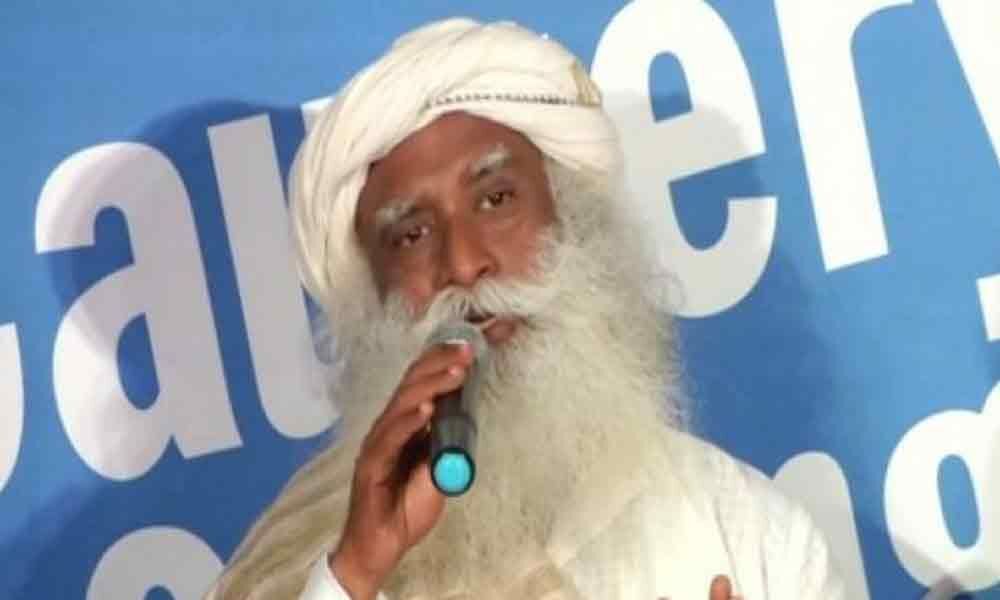 Revitalisation projects would be launched for river Cauvery in Tamil Nadu and Karnataka.

Bengaluru: In order to highlight the plight of river Cauvery and for conserving its ecosystem and perennial flow, Sadhguru Jaggi Vasudev, the founder of Isha foundation has launched a campaign named "Cauvery Calling" here in Bengaluru on Saturday.

Sadhguru is the architect of the nationwide rally for river (RFR) movement. "Cauvery Calling" will be implemented in collaboration with the Karnataka government which signed an MoU with Isha Foundation for planting 25 crore saplings in the Cauvery basin to augment water flow at source and restore Cauvery's perennial flow.

Also, revitalisation projects would be launched for river Cauvery in Tamil Nadu and Karnataka and for Waghari River in Yavatmal district of Maharashtra.

The aim of the project to bring farmers and riverine communities together and garner their support to convert the river banks into a minimum wide stretch of forest to conserve soil and water. The Isha Foundation is already working on an agroforestry model which engages over 70,000 farmers in Tamil Nadu.

"People think that crisis come suddenly but I must tell you that crisis evolves over a period of time. You must have heard of farmers' suicide, it's not only because of bank loans but when soil and water deplete the farmer's life is finished," said Sadhguru.

"60 per cent of soil in this country is labelled as distress soil. We may not be able to grow the food we need," he said.

Sadguru had already launched environmental campaigns 'rally for rivers in 2017 in which he personally drove across 16 states.

"In March 2019 Maharashtra became the first state which formally approved rally for river pilot project for the revitalisation of Waghari river. The campaign is the initiative to bring farmers, politicians, industrialists, businessmen, students, professionals to work together to protect and gift future generations to a green and clean environment and sufficient water," said an official release.