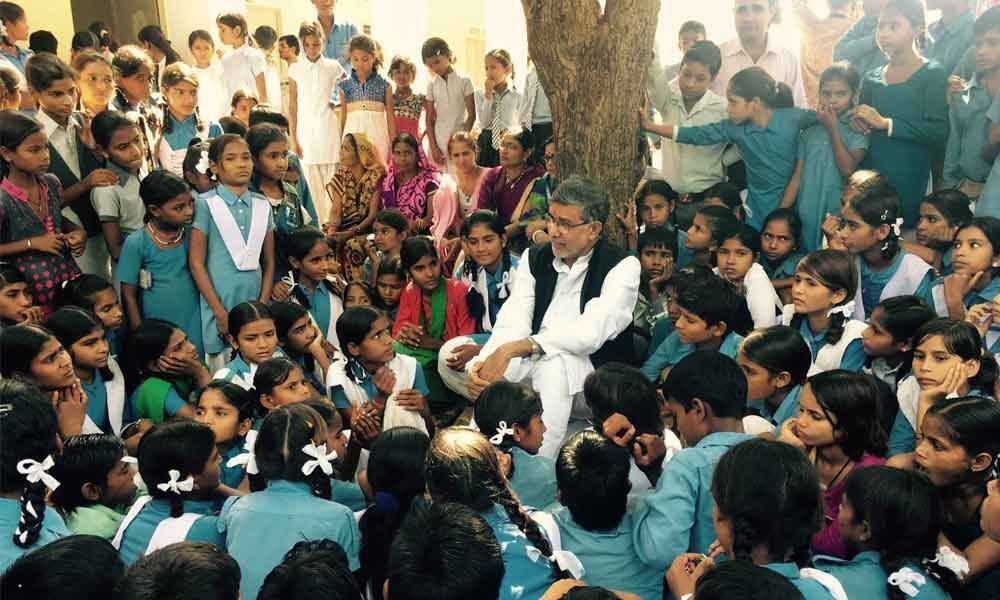 The striking difference in this election was that no one lost the poll.

Just as the nation is riveted with the election fever, the overcrowded streets of Indira Kalyan Vihar in Okhla Phase-I saw 375 children getting their fingers inked to choose a bal panchayat of 11 members to give life to their dream of a child-friendly neighborhood, on Sunday.

With the electoral symbol of a clock, Nuzhat Parveen found herself in the hot seat of bal sarpanch when the results were declared in the evening. For the 13-year-old, the clock symbolizes the power time has in places where girls like her live. Girls are asked by concerned parents to avoid stepping out of their homes after 6pm, due to lack of safety.

Nuzhat's father, an e-rickshaw driver, and mother, a housewife, see a message of empowerment, in her victory. Parveen wants to walk with other girls, as a sarpanch, with the reliability that only a clock represents, to overcome the uncertainty and make the neighborhood safe.

Organized by Kailash Satyarthi Children's Foundation (KSCF), the election was intended at providing children the confidence to stand up for their peers and acknowledging responsibility to steer change. Rakesh Senger, KSCF programme director, said similar panchayats will be elected at Sanjay Camp.

Conversing with their peers and elders, the 11 candidates went through a tough five-day door-to-door campaigning. No child was granted to expend any money on the campaign, as per the code of conduct. The striking difference in this election was that no one lost the poll. The one with the highest votes was elected sarpanch and the runner-up made the deputy (up-sarpanch). And the remaining candidates were made panchayat members.

13-year-old Sundaram Jha, who was one of the candidates, held a poster with a bird as the symbol. He explained, "Sab bachche poori tarah swatantra nahin hain (All children are not free)". He mentioned the case of a boy who had lost his parents and was forced to work as a child labourer. As a bal panchayat member, he wants to free this child from child labour and allow him to fly like a bird.