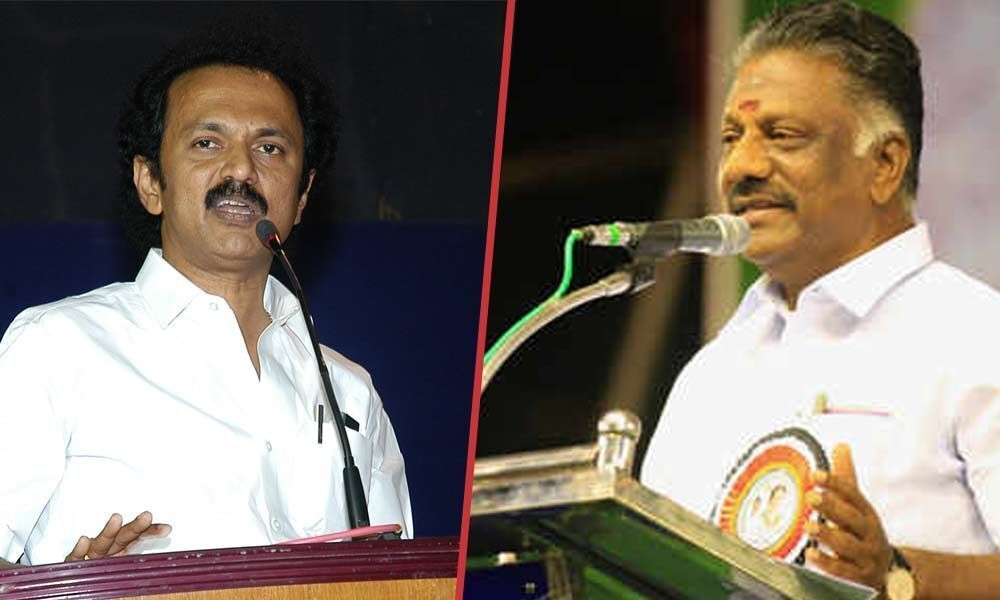 Hitting out at DMK, he said M Karunanidhi had given permission to Karnataka to construct dam across Cauvery in 1972 when he was chief minister

Pannerselvam questioned the people to scrutinize whether the BJP-AIADMK association or the Congress-DMK association had given good governance in the Centre and state, as he was campaigning for AIADMK candidate P Kaliappan in Namakkal on Friday.

"Congress-DMK parties were in power for nearly 10 years. As many as nine DMK functionaries were central ministers. Did they give any good schemes and projects to Tamil Nadu?" he asked.

"They had spent nearly 40,000 crore in the name of Sethu Samudram scheme. But former chief minister Jayalalithaa had mentioned that soil in the place where the scheme had been proposed was unstable and building structures on it would be dangerous," he said.

Hitting out at DMK, he said M Karunanidhi had given permission to Karnataka to construct dam across Cauvery in 1972 when he was chief minister. "Due to this, the quantum of water coming to Tamil Nadu was reduced severely," he said.