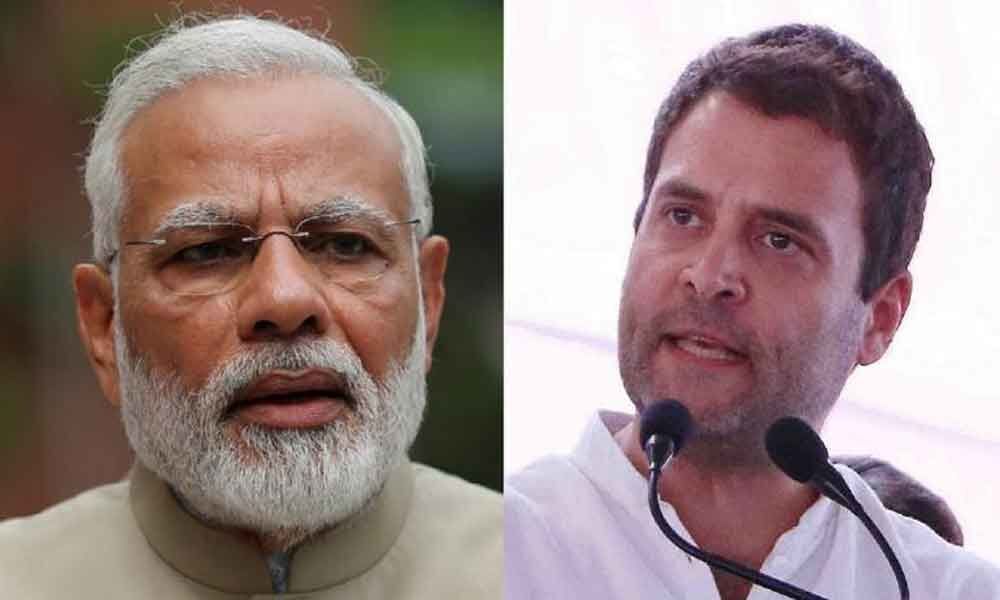 Prime Minister Narendra Modi on Thursday urged the people to exercise their electoral right as the second phase of Lok Sabha elections was underway.

New Delhi:Prime Minister Narendra Modi on Thursday urged the people to exercise their electoral right as the second phase of Lok Sabha elections was underway.

"I am sure all those whose seats are polling today will strengthen our democracy by exercising their franchise. I hope more youngsters head to the polling booths and vote," he tweeted.

"When you vote today, remember that you vote for Nyay," Gandhi said on Twitter, referring to Congress' minimum income guarantee scheme "NYAY".

"Nyay for our unemployed youth; for our struggling farmers; for the small traders whose businesses were destroyed by demonetisation; for those who were persecuted because of their caste or religion," he added.

Shah also took to Twitter and said: "I appeal to all the voters in phase two, especially the young, that you must vote to keep this momentum going. In your one vote lies the country's pride and progress."

Referring to the Balakot air strike by the Indian Air Force and anti-satellite missile launch "Mission Shakti", he said: "New India of ours is setting higher benchmarks in every field, whether it be on earth, water, sky or even space."