My opponents targeted me: Karandlaje 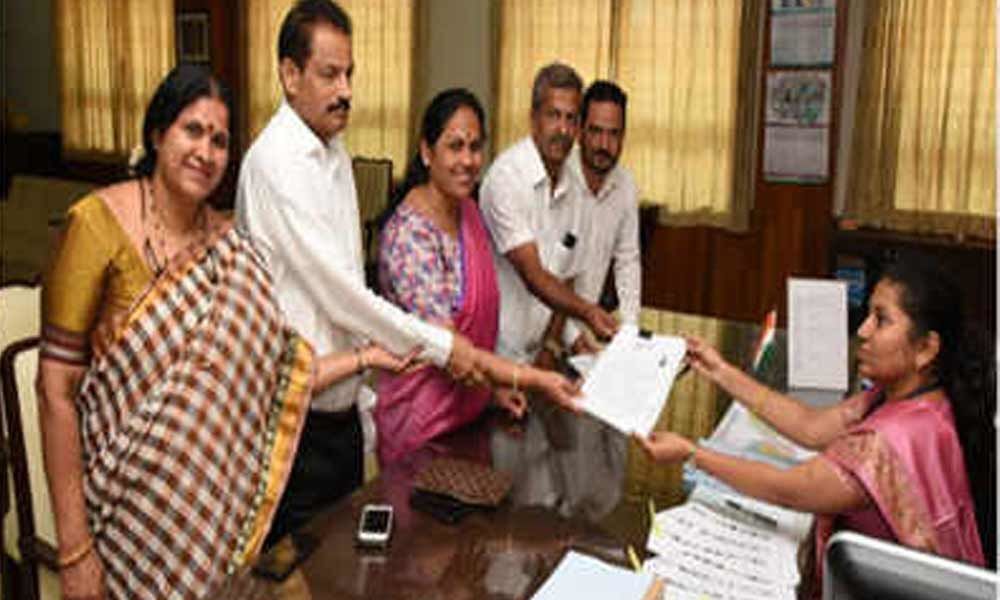 She was tasked with administrative responsibilities and was required to travel across the state in this capacity, being the general secretary of the state unit of the BJP.

Shobha Karandlaje, is contesting for a second term, as she is the BJP state general secretary and MP from Udupi-Chikkamagaluru. She considers she has done what an MP needs to do and that is to be the voice of her citizens where it matters, in Parliament, even though the critics in her party and a segment of netizens feel she has not done justice to her constituency, which is spread across the coast and the Malnad region. Excerpts:

It is netizens who started the campaign. They are unfavorable to BJP and nothing was done by our workers. As an MP, I have commenced the growth and expansion that a constituency requires, including upgradation of state highways to national highways, doubling of railway tracks electrification, getting a Passport Seva Kendra, Indian Institute of Gems and Jewelry to Udupi, and a host of other projects. I have done a lot of work, but I did not publicize it.

I had specified that I would not fight these Lok Sabha elections as there were many contenders for the party ticket and at one time. I agreed because the party demanded that I contest. This could have generated displeasure in between other candidates. The BJP is a self-governing set up and all have the right to aspire to contest polls. But it also the party culture that once it picks a candidate, all set aside their disappointment and differences and work in a united way for the candidate.

This is inaccurate. I have a house in Adi Udupi and besides, I was tasked with administrative responsibilities and was required to travel across the state in this capacity, being the general secretary of the state unit of the BJP. I could not limit myself only to the constituency and this has been used by my opponents to target me.

Any political opponent in an election is an opponent, for BJP, regardless of the party that he or she is from. Madhwaraj contesting as a coalition candidate will not matter much. It was just 10 months ago that the electorate in Udupi pronounced judgement on Madhwaraj and the electoral atmosphere has not changed drastically in this period.

What is your opinion on Tejaswini Ananth Kumar not getting the party ticket?

This decision taken by the party high command and therefore I am bound by it.