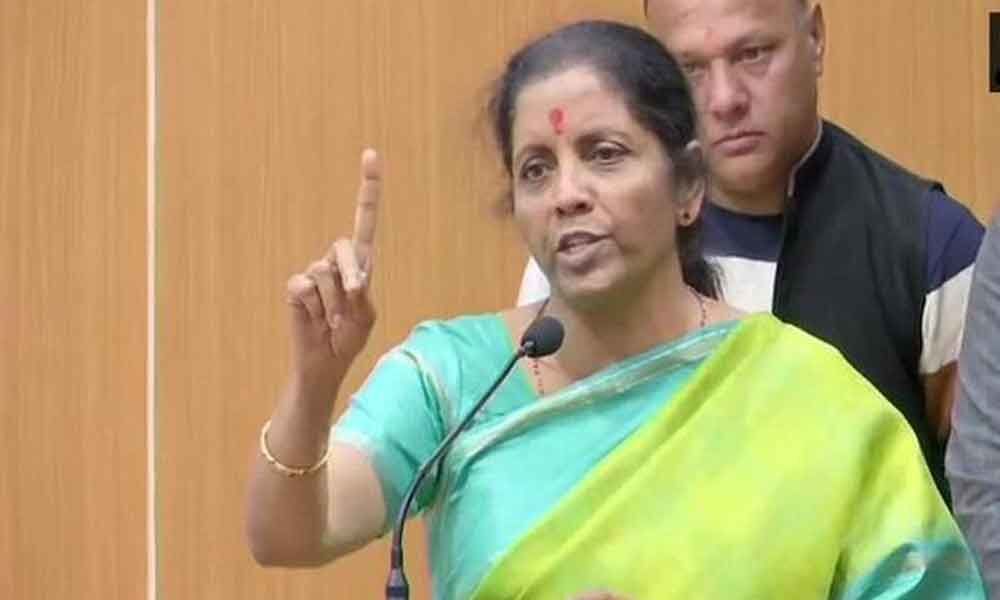 Claiming that only the Narendra Modi government could give a befitting reply to terrorists, she said opposition parties were insulting soldiers by questioning the February 26 air strikes on a Jaish-e-Mohammed terror camp in Pakistan’s Balakot.

Defence Minister Nirmala Sitharaman Saturday slammed Pakistan for not acting against terrorists operating from its soil despite India providing it evidence several times.

Sitharaman told reporters here that Pakistan did not want to eliminate terror.

"Pakistan is interested in promoting terrorism. It does not want to eliminate terrorism," the senior BJP leader said when asked about Pakistan stonewalling dossiers on terrorists supplied by India.

"Not just this government, but even earlier governments have given dossier after dossier, evidence after evidence but Pakistan has done nothing on them," she said.

Talking about the 26/11 terror attack on Mumbai by Pakistani terrorists, she said even the first court in the neighbouring country had not completed the job of trying the accused.

Claiming that only the Narendra Modi government could give a befitting reply to terrorists, she said opposition parties were insulting soldiers by questioning the February 26 air strikes on a Jaish-e-Mohammed terror camp in Pakistan's Balakot.

The air strikes were carried out after the JeM terror outfit claimed responsibility for the February 14 Pulwama attack in which 40 CRPF troopers were martyred.

She said the morale of the armed forces was high and people's support had raised their motivation level even further.

On a query on the Rafale fighter jet purchase in which the Congress has alleged irregularities, Sitharaman said the deal followed laid down norms and was made in national interest.

"Bofors was a scam. Not Rafale. Rafale will bring back the Modi government to build a new India and stamp out corruption," she claimed.