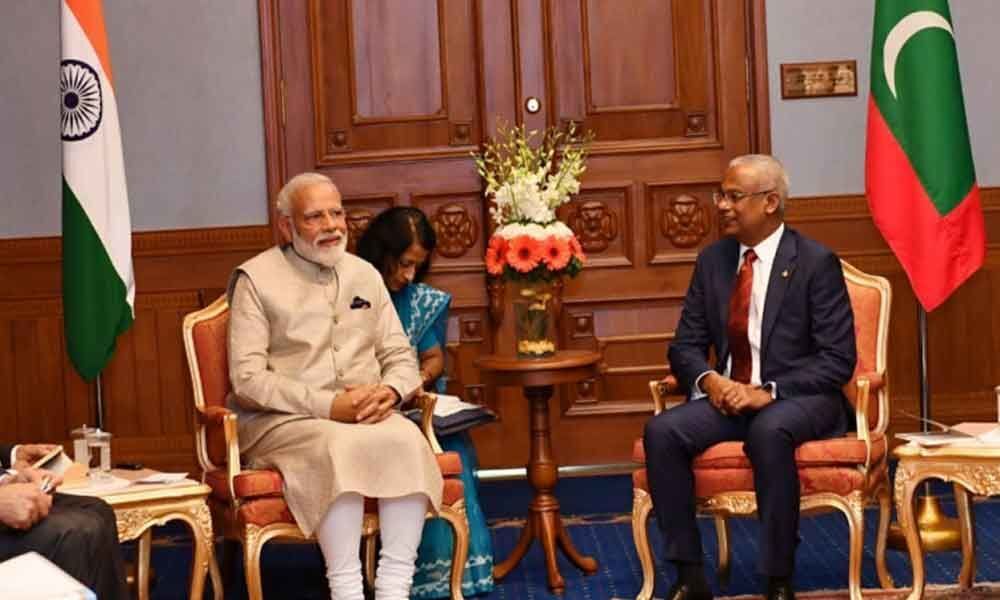 The inauguration assumes significance as China views the Maldives as key to its Maritime Silk Road project in the Indian Ocean as it has already acquired Hambantota port in Sri Lanka and Djibouti in the Horn of Africa.

According to defence officials, India has an older version of these radars in Seychelles, Mauritius and Sri Lanka.

The two leaders also jointly inaugurated the composite training facility of the Maldives National Defence Force in Maafilafushi on Saturday.

Modi arrived in the Indian Ocean archipelago on Saturday on his first foreign visit after re-election as Prime Minister to strengthen the bilateral ties, reflecting the importance India attaches to its 'Neighbourhood First' policy.

The two sides have also signed a technical agreement on sharing white shipping information between the Indian Navy and the Maldives National Defence Force.

The relations between India and the Maldives deteriorated after the then President Abdulla Yameen imposed emergency on February 5 last year.

Some decisions by Yameen including imposition of restrictions on work visas for Indians and signing of a new Free Trade Agreement with Beijing also did not go down well with New Delhi.

However, ties were back on track under Solih's presidency.