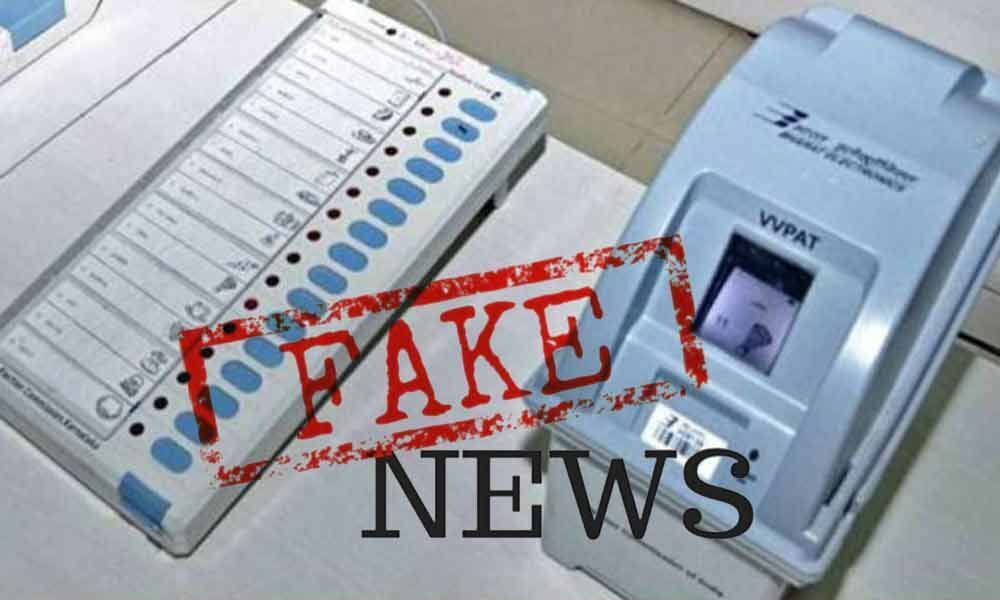 The Election Commission found the complaint's claim to be incorrect, said the District Magistrate

MUZAFFARNAGAR: A BSP agent at a polling booth has been charged for allegedly spreading "fake news" that the Electronic Voting Machines (EVMs) were faulty and registering votes for the party candidates in favour of the BJP, officials said on Friday.

The agent, Dhara Singh, was booked on the directives of the Election Commission after he allegedly spread "fake news" that the EVM button against the BSP candidate's name and symbol, when pressed, resulted in votes to the BJP at the Kasoli polling centre in Bijnore Lok Sabha constituency on Thursday, they said.

Subsequently, a case was registered against Singh under provisions of The Representation of the People Act at Bhopa police station.

It is learnt that the BSP agent had told the media that the EVM was faulty at Kasoli polling booth.

The Election Commission took a serious view of the complaint and ordered the district magistrate to report to it regarding the incident.

Kasoli polling centre is in Miranpur assembly constituency which falls under the Bijnor Lok Sabha constituency in which elections were held in the first phase on Thursday.