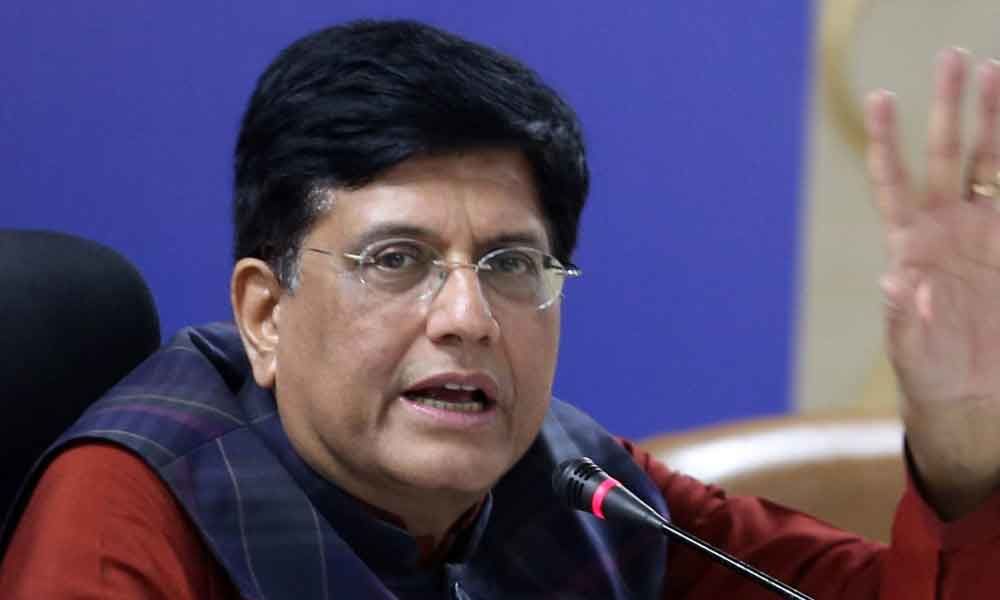 New Delhi: Union Railway Minister Piyush Goyal on Monday thanked President Ram Nath Kovind for his encouraging words for the railway employees and assured him that the national transporter will keep on working to make rail travel pleasant for crores of passengers.

In a tweet Goyal said, "The message of President Kovindji is encouraging for entire railway family. I am glad that your rail journey was a pleasant one and I assure you that in the same way we will keep on serving crore of passengers and will always keep your trust."

The Union Minister also shared the note written by the President in the visitors book.

In his note, Kovind, who took a train journey from Delhi to Kanpur, his ancestral village and then to Lucknow, wrote, "From the Himalayas in north to the sea coast in Kanyakumari, from green valleys of northeast to the deserts of the Gujarat in west, I thank Railways for providing simple and best travel experience. After a long time, me and my family are very delighted with the rail journey from Delhi to Kanpur and then to Lucknow. During this memorable journey I was able to meet my old friends and relatives."

He said that I am fully confident that in the daily commuter of crores of Indians, the Indian Railways will have the best services among Railways across the world. "My best wishes to the entire railway men," the President added.

Kovind on Friday undertook a train journey to visit his native place in Kanpur.

According to Northern Railway spokesperson Deepak Kumar, President Kovind boarded the special Presidential train from the Safdarjung railway station in New Delhi along with his wife to visit his native place in Paraunkh in Kanpur Dehat.

This is the first time that Kovind visited his birthplace after becoming President.

It is after 15 years that an Indian President has travelled in the Indian Railways. Before Kovind, former President APJ Abdul Kalam had undertaken a train journey.