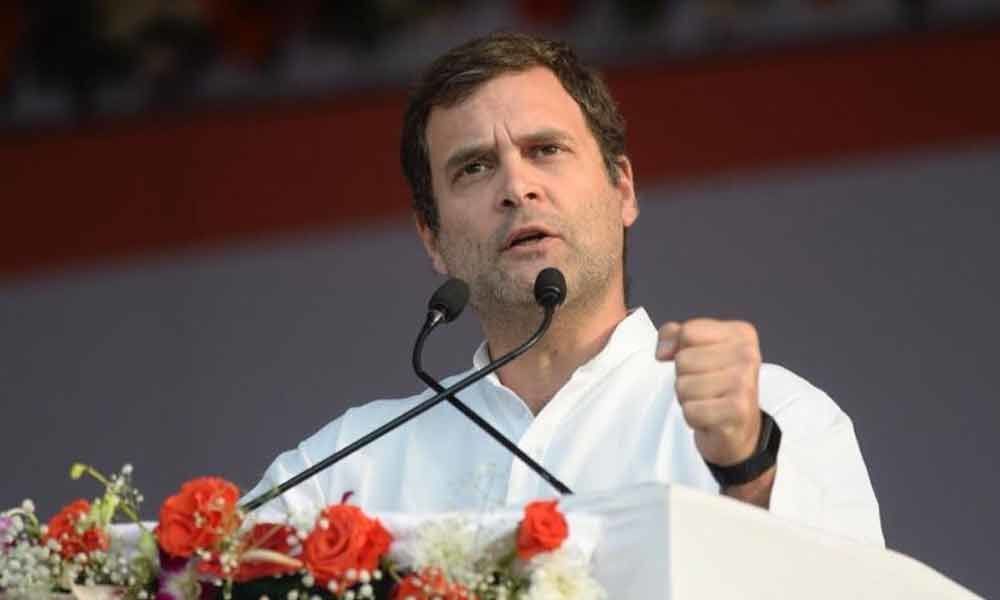 The Wayanad MP Rahul Gandhi, as promised, has started distributing kits to over 18,000 families affected by the floods.

Wayanad (Kerala), Aug 16 (IANS) The Wayanad MP Rahul Gandhi, as promised, has started distributing kits to over 18,000 families affected by the floods.

Speaking to IANS, his office secretary Byju said that in the next two days, every family in his constituency, who had to face the flood fury and had to move out of their homes, will get a full kit of basic food items, a cleaning kit and dress materials including a blanket.

"Since Wayanad Lok Sabha constituency is spread across several assembly constituencies, the distribution will cover all these places and the first round is expected to be completed in a day or two," said Byju.

The first kit consists of 5 kilogram of rice, sugar, pulses, tea, coffee, oil, and a few other basic provisions which would be good enough for a week, besides essential dresses and undergarments.

"Since some are still in camps, the second kit consists of basic cleaning materials like soaps, washing powder, dettol, and such items, basically meant to clean up the water filled homes.

The third round would include blankets and dress materials. We expect to finish the entire distribution in a few days from now," said Ratheesh, another office staff of Gandhi in Wayanad.

A huge majority of these items have come through donations from Tamil Nadu and some from Karnataka.

Congress workers worked overnight to make it into kits for distribution.

"Gandhi is expected to be back in his constituency after 20th August and will be again meeting his people, just as he went around the various relief camps in the three days that he was here, earlier this week," added Byju.

According to the figures provided by the Kerala government, Wayanad district has reported 12 deaths with a few more bodies suspected to be buried under the mud at Puthumala, where a landslide occurred leaving numerous families losing their homes completely.

Right now, 196 relief camps are currently operating where 9248 families have taken shelter. Kerala government is making arrangements to ensure that fresh relief camps are put up, so as to move the existing camps which are housed at educational institutions.