Rain havoc: 42 dead so far in wall collapses across Mumbai and Pune 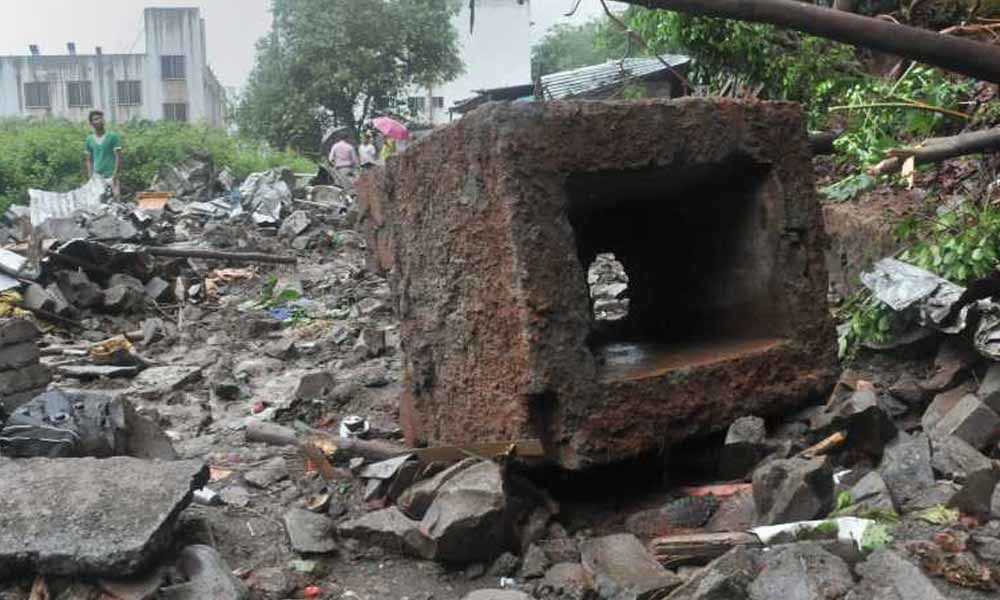 The compound wall of the Sinhagad College campus in Pune's Ambegaon crumbled around 1:15 am today after incessant rains, killing six workers and injuring three others.

PUNE: At least six labourers were killed and three others suffered injuries after a portion of a compound wall collapsed here on Tuesday following incessant rains during the past 24 hours, police said. The incident took place around 1:15 am today when the compound wall of the Sinhagad College campus in Pune's Ambegaon crumbled.

21 people have died in Mumbai and 21 in Pune so far in wall collapse incidents.

The Ambegaon incident comes two days after the Kondhwa wall collapse in Pune that claimed 15 lives.

Eighteen people lost their lives in Malad on Tuesday in a wall collapse incident triggered due to incessant downpour. Three, including a child, were killed in Kalyan on the intervening night of Monday-Tuesday after a wall fell on them.

In wake of the very heavy rainfall forecast by the Meteorological department, the state government has declared a public holiday in Mumbai for today and people are advised to stay indoors unless there is an emergency.

"Six people have died while three others sustained injuries after a portion of a compound wall of Sinhgad College collapse here. We will take immediate action against the builder and the one who owns the retaining walls. A risk assessment of 287 sites had been done, this site could not be assessed as no permission was taken for it," the District Magistrate said.

Soon after receiving the information about the incident, police, along with the National Disaster Response Force (NDRF) teams, rushed to the spot. Rescue operations are currently underway. So far, six bodies have been recovered by the NDRF.

Police said the identities of the deceased are being ascertained.