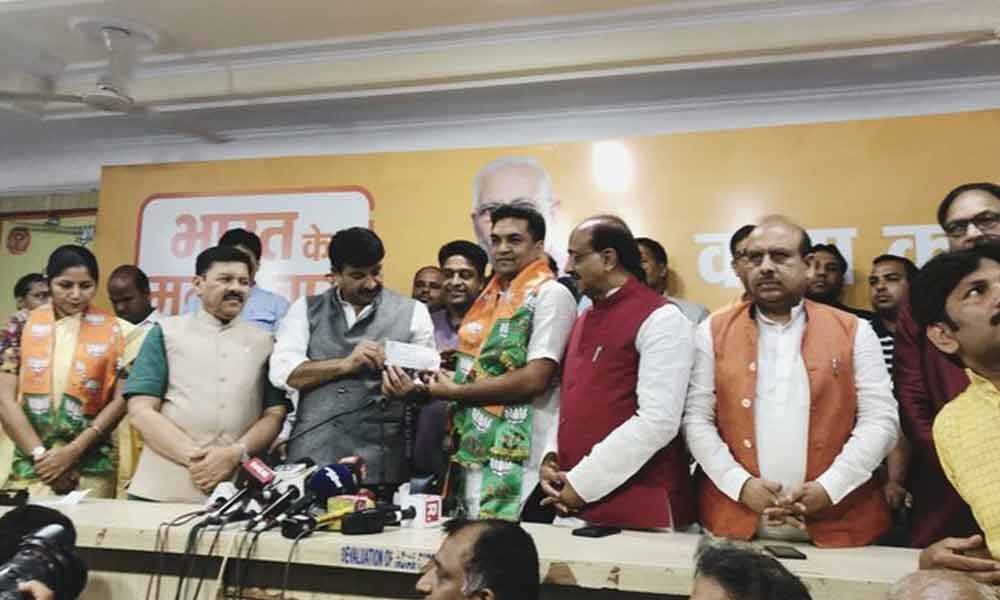 "Kapil Mishra and Richa Pandey from AAP along with their supporters joined BJP in the presence of State President Manoj Tiwari, National Vice President and BJP Delhi's Prabhari Shayam Jaju and other senior leaders," a Twitter post of the BJP Delhi said.

Mishra was on August 2 disqualified from the Legislative Assembly under the Anti-Defection Law. He was accused of betraying the AAP and campaigning for the BJP.

Soon after joining the BJP, Mishra tweeted: "Blooming lotus is a sign of hope, rest all is a mockery. I am now a proud BJP member and follower of Prime Minister Narendra Modi."

Mishra was suspended as a minister in the AAP government in May 2017.