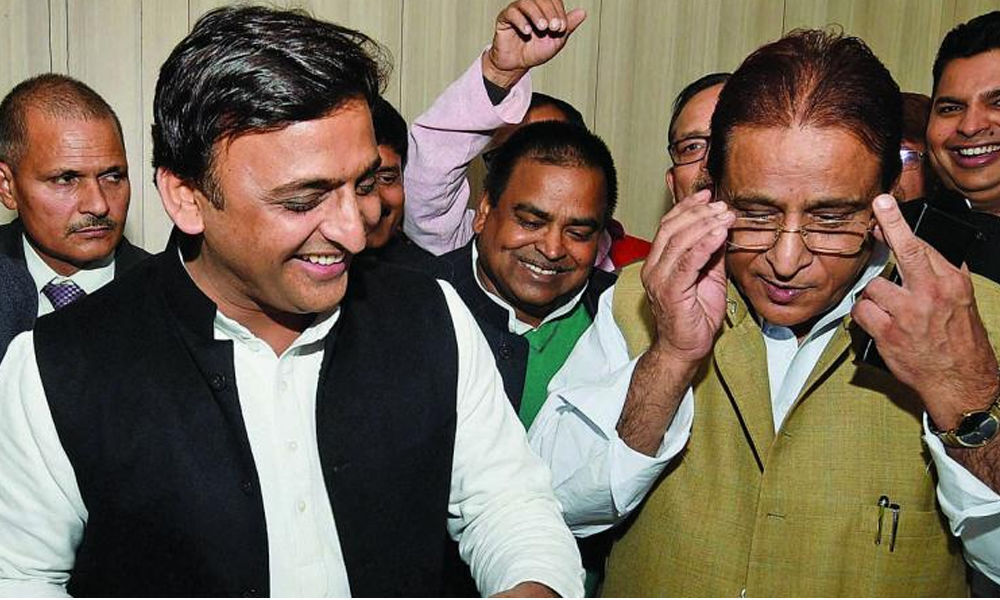 "The BJP wants to control all the institutions in the country and it has been successful to an extent. The Rampur unit of the party has announced that they will boycott the Parliament elections," former Uttar Pradesh cabinet minister and Rampur MLA, Khan, said while addressing SP workers here.

Slamming the Rampur district administration's crackdown on properties like Ali Jauhar University, Khan stated, "We all have taken a unanimous decision to boycott the Lok Sabha elections because Rampur is living in fear. The agencies like CBI are being disrespected and used by the Centre."

Responding to this demolition of Urdu Gate, Khan said: "Local administration of Uttar Pradesh is taking action at the behest of state government. They are making the situation in the state similar to that of Kashmir. In such a scenario, free and fair elections can't be conducted."

"The local administration is hatching a conspiracy to target schools run by Jauhar trust, it has deliberately taken an action against the Mohammad Ali Jauhar University," he added.

The Urdu Gate, constructed by SP leader and former Uttar Pradesh cabinet minister Azam Khan, on Jauhar Ali University road in Rampur was demolished by the BJP government after the authorities concerned had declared the structure illegal.