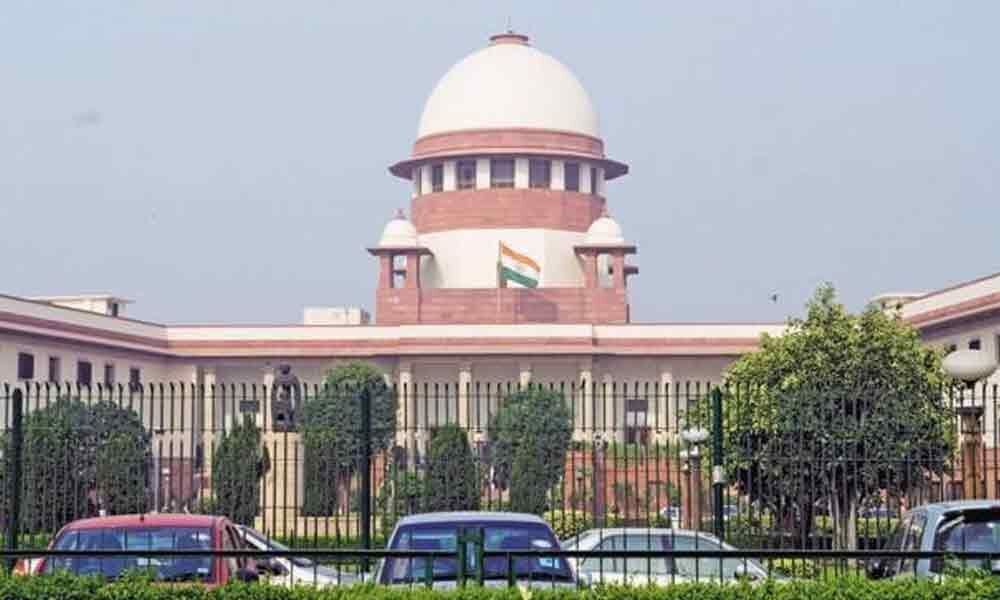 New Delhi: The Supreme Court on Friday stayed the proceedings initiated under the SC/ST Act against the woman forest officer of Telangana who was attacked and injured while on duty by a mob, allegedly led by the brother of a ruling TRS MLA.

Kagaznagar Forest Range Officer C Anitha was attacked by a mob on June 30, when she had gone to a village with other officials to plant saplings as part of the government's Haritha Haram green initiative.

The group, allegedly led by brother of a Telangana Rashtra Samithi (TRS) MLA in Komaram Bheem Asifabad district, claimed that the land belonged to them.

Later, on July 8 Anitha was booked under the Scheduled Caste and Scheduled Tribe (Prevention of Atrocities) Act on a complaint filed by a tribal woman, who alleged that the officer and her staff had abused her and others when they were working in their field.

The issue cropped up before the apex court when advocate A D N Rao, assisting the top court as an amicus curiae in matters related to forest and environment, brought it to its notice.

During the hearing on Friday, Rao told a bench comprising Justices Arun Mishra and Deepak Gupta that a similar incident has recently happened in Maharashtra where a forest department official was attacked by a mob while on duty.

He said both the States, Telangana and Maharashtra, should be asked to file action taken report regarding these two incidents. "Should they (forest department officials) be provided police protection? the bench asked Rao.

Rao said in the Telangana matter, a case under the SC/ST Act has also been lodged against Anitha. "We stay the proceedings in the matter registered against the forest officer (Anitha)," the bench said.

It asked the chief secretaries of Maharashtra and Telangana to file action taken report in both the matters and posted it for hearing on July 29.

At the fag-end of hearing, Rao said the apex court-appointed Central Empowered Committee (CEC) will also examine these matters. To this, the bench said, "what CEC will examine? We will examine it. It is not an environmental issue.

It is a law and order issue and we will examine it." At the outset, when Rao tried to show the photograph of injuries sustained by the woman forest officer in Telangana, the bench said, "do not show us the injuries... Why you want us to see this."

A video clip of the attack on Anitha had gone viral. Following this, police had arrested Koneru Krishna Rao, brother of Sirpur MLA Koneru Kannappa, and 13 others on alleged charges of attempt to murder and rioting among others. Two senior police officials were also suspended for negligence in duty.