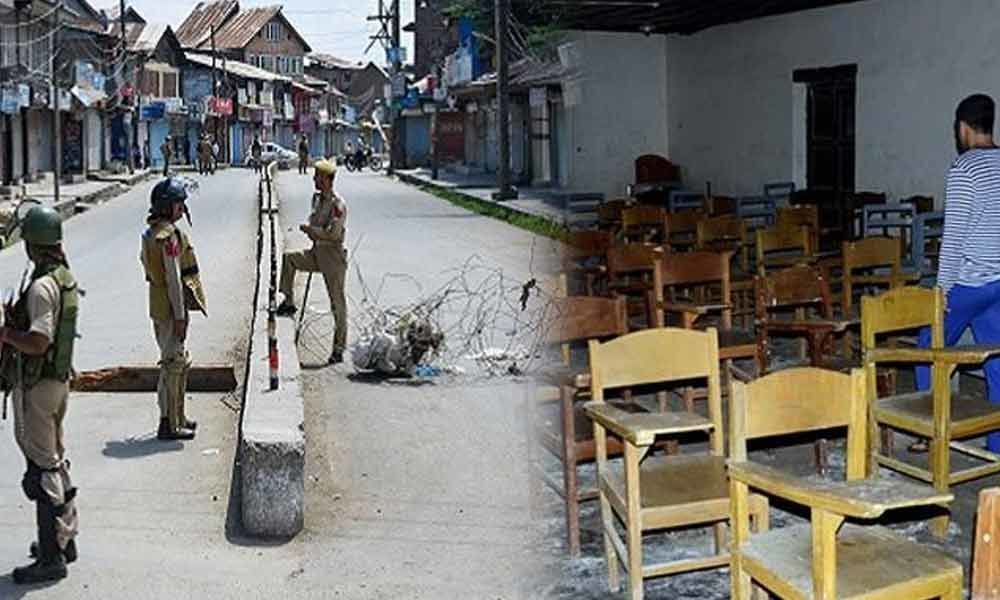 After a gap of nearly a fortnight, around 200 schools in Srinagar reopened on Monday, but few students showed up. Though teachers were present in most...

Srinagar, Aug 19 (IANS) After a gap of nearly a fortnight, around 200 schools in Srinagar reopened on Monday, but few students showed up. Though teachers were present in most schools, jittery parents avoided sending their children.

"I can't send my children to school. The situation is not conducive and I can't take a risk," said Abdul Aziz, a resident of Maharajpora in Batamaloo.

Except in Kendriya Vidyalayas and the Police Public School in Bemina, there was minimal attendance in schools elsewhere in the city. The government said that restrictions on movement were being further eased for the convenience of the people.

The city administration had on Sunday announced reopening of schools, after the Centre on August 5 abrogated Article 370 that accorded a special status to Jammu and Kashmir.

A senior state official on Sunday said: "We have decided to open schools in Srinagar and other areas tomorrow. We are confident that return of children to classrooms is necessary, because their education has suffered heavily in the past 13 days. We will organise extra classes in schools so that the students are able to cover their course on time."

Despite the prevailing uncertainty in the state, most Kashmiris do not want the education of their children to suffer.

"We cannot afford to have generations of uneducated Kashmiris. We have suffered long enough to realise that whatever happens to us, the future of our children must be protected at all costs," said Muzaffar Ahmed from Srinagar city.