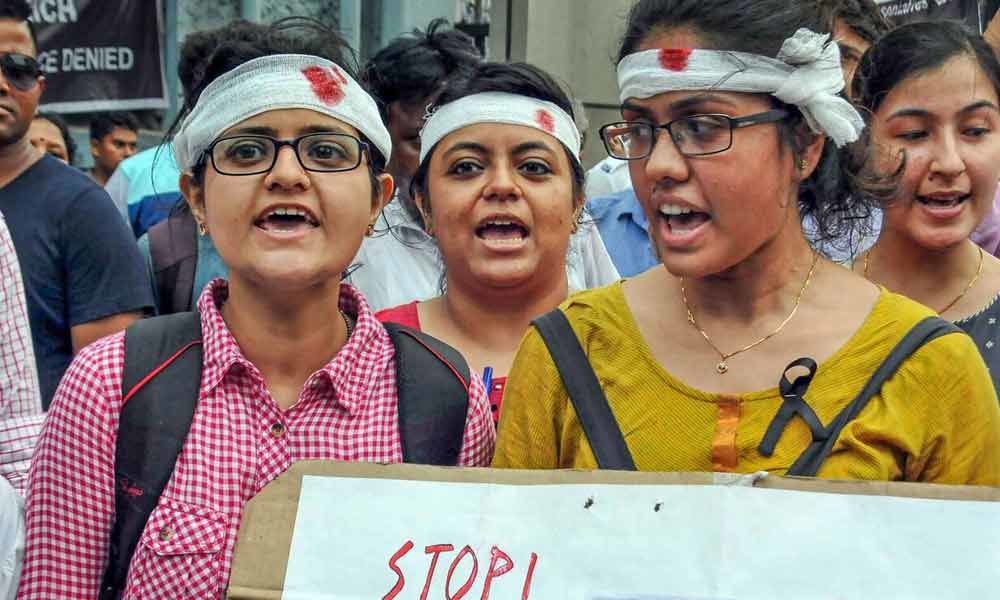 Striking junior doctors in West Bengal on Saturday once again turned down Chief Minister Mamata Banerjee's proposal for talks at the state secretariat - Nabanna, and stuck to their stand that she would have to come down to NRS Medical College and Hospital to listen to their grievances.

Kolkata: Striking junior doctors in West Bengal on Saturday once again turned down Chief Minister Mamata Banerjee's proposal for talks at the state secretariat - Nabanna, and stuck to their stand that she would have to come down to NRS Medical College and Hospital to listen to their grievances.

"The Director Medical Education verbally informed us that Chief Minister has asked to meet some of our representatives at her office.

For the last two days, the CM has made offensive and inappropriate statements directed towards doctors. "Following that, we faced mob attacks and physical assaults at different medical and dental colleges and hospitals across the state.

We are deeply upset and hopeless and we feel highly insecure and apprehensive about our representatives' meeting with her behind the closed doors. That is why we are not sending any representative to her office," Abhishek Sarkar, an intern at the College told reporters after their general body meeting.

The doctors said that right from the beginning they were "open to a healthy discussion". "We want an urgent solution to this situation. We shall resume our duties as soon as our demands for proper security and safety at workplace are met.

We humbly request the Chief Minister to meet all of us at NRS Medical College and Hospital and discuss and implement all our demands at the earliest," said Sarkar reading out a statement by the agitating doctors.

The invite from the Chief Minister's secretariat to the junior doctors was sent after five senior doctors, led by Sukumar Mukherjee, called on Banerjee and offered to mediate to resolve the stalemate, which has paralysed medical services at the state's government hospitals.

After the offer was declined, the talks were deferred till 5 pm on Saturday, so as to give the quintet of veterans time enough to persuade the medicos to attend the meeting.

Meanwhile, health services in West Bengal's state-run hospitals remained partially disrupted on Saturday as the "cease work" by junior doctors, protesting against attacks on their colleagues and demanding adequate security measures, continued for the fifth day.

Though the out-patient departments remained closed, the emergency services in all the state-run hospitals, including the NRS, were functional on Saturday, doctors said.