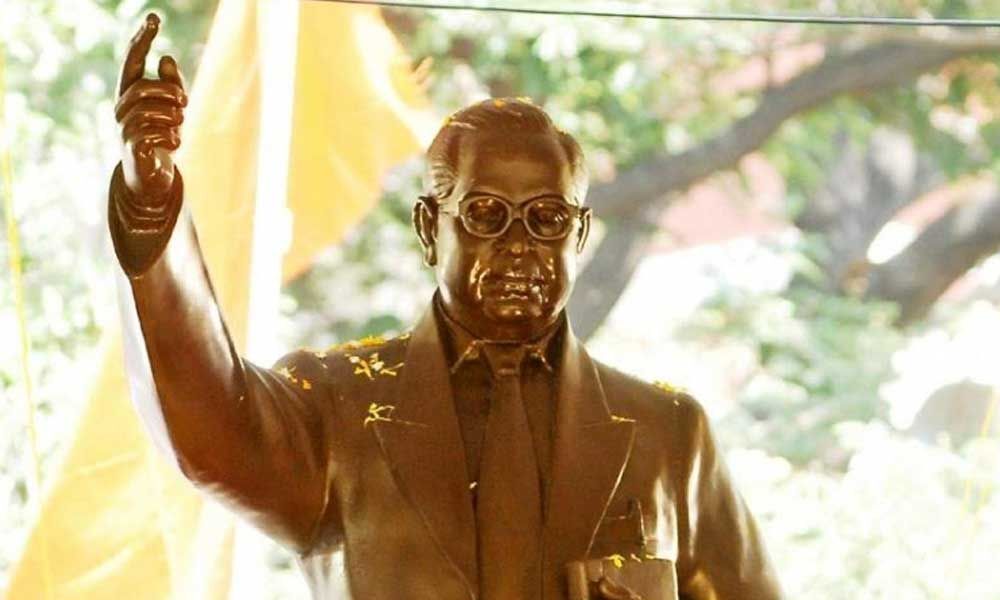 The Baba Saheb Ambedkar idols have been vandalised in Mirza Adampur, Sirkantpur and Barmanpur villages.

AZAMGARH: Three statues of Baba Saheb Ambedkar were vandalised by some miscreants at three different places in Deogaon area of Azamgarh district, police said on Wednesday.

The damage is said to have been done on Tuesday.

Azamgarh Superintendent of Police (SP), Pawan Pandey said: "We got the information about the vandalised idols of Ambedkar from three villages. We are investigating the matter and we will replace the idols at the earliest."

The idols have been vandalised in Mirza Adampur, Sirkantpur and Barmanpur villages.

The police said that they have asked the local intelligence units to trace the absconding accused.

According to locals, the idols in Mirza Adampur and Barmanpur villages were installed 20 years back.