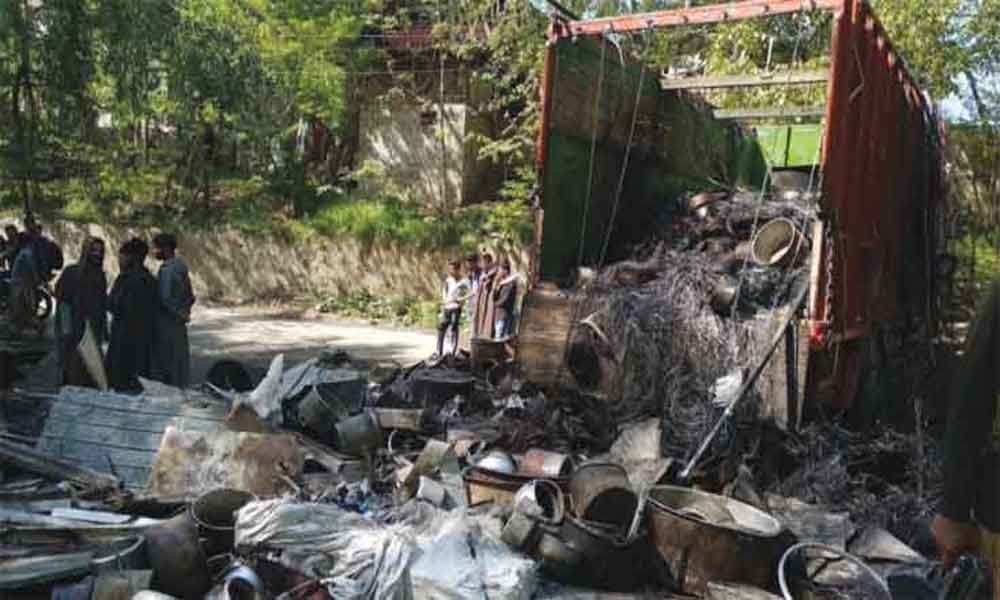 A truck carrying currency notes caught fire on Monday in the Anantnag district of Jammu and Kashmir.

Police sources said the truck caught fire in the Qazigund area on the Jammu-Srinagar national highway.

"The truck, among other things, was carrying currency notes. The driver and the helper of the truck said they had no information about the presence of currency notes in their vehicle", police sources said.

Demonetised currency was found among the half-burnt notes, as also those presently in circulation, the sources said.

The driver and the helper of the truck have been detained by police.

There is no official word on whether or not the cash being carried in the truck had any connection with the upcoming elections for the Anantnag Lok Sabha seat.

The constituency will vote in three phases beginning on Tuesday.