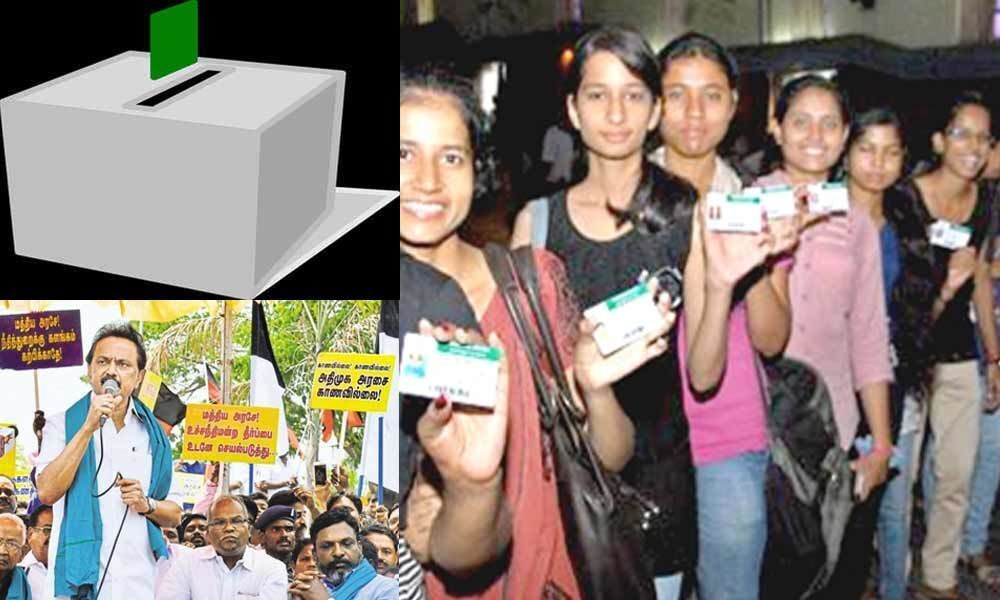 For people in Tiruvallur, Kanchipuram and Vellore districts that face a near drought, obtaining drinking water is an everyday struggle.

Campaigning is unobtrusive in the northern districts of the state, but with just four days more for contestants to make their ground there is an air of anticipation on the pitch, that electioneering will rise in the next couple of days.

From Tiruvallur, at one end, to Kallakurichi, at the other, eleven Lok Sabha constituencies form the northern region of Tamil Nadu where vanniyars and dalits, demonstrating opposite poles, have a generous existence. This is apart from the three Chennai seats.

The key issues are, beyond caste and politics, farmers' distress and unemployment. For the last three years, the letdown by the northeast monsoon has left lakes and ponds in most parts bone dry. Moreover, for most people in Tiruvallur, Kanchipuram and Vellore districts that face a near drought, obtaining drinking water is an everyday struggle. Things are a bit better in Tiruvannamalai, which received a reasonable quantity of rainfall.

Groundwater levels have been exhausted further because of indiscriminate sand mining in the Palar riverbed, with pits often 35 to 40 feet deep, disturbing agronomy in Vellore and Kancheepuram districts. Palar A Ashokan, an activist said "Constructing check dams on upper Palar basin and implementing Thenpennai-Palar river project will address the water crisis."

A local body official in Peranamallur panchayat union in Tiruvannamalai district said "The Rs. 1,000 distributed for Pongal by the state government came as a blessing for those who stayed back in their villages. Taking a cue, the government came forward to offer Rs 2,000 as drought allowance and it could have tilted votes towards the ruling party. However, judicial intervention had put paid to that option."

"Unless successive governments focus attention on implementing irrigation schemes and desilting water bodies and water channels, farm crisis and unemployment will continue to rage in the region," said a retired school teacher in Mailam near Thindivanam.