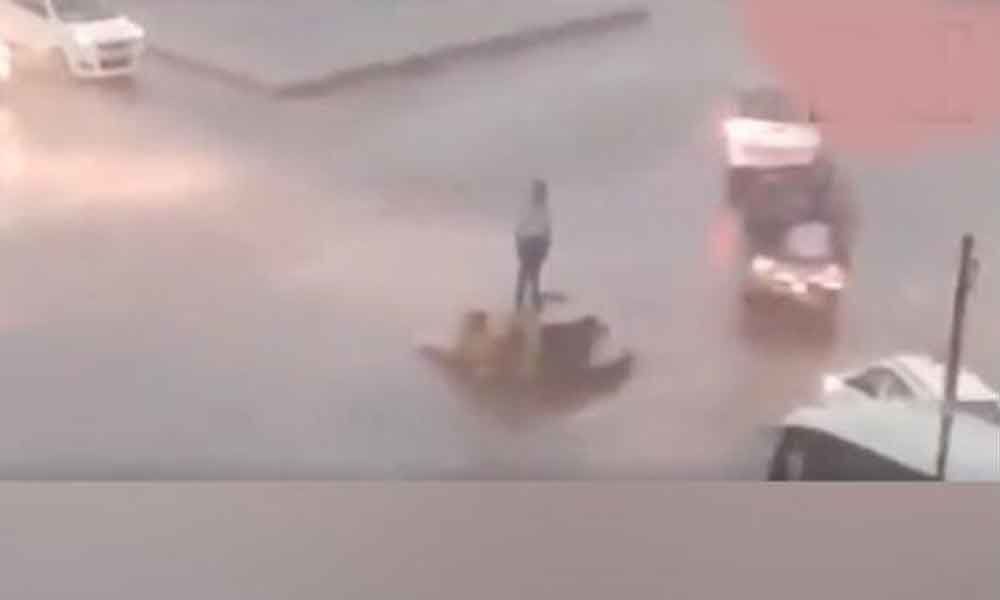 The constable was seen manning traffic without a raincoat, amid heavy rain at one of the busiest intersection of the city.

Guwahati: A traffic police constable here became a social media star for his impeccable dedication towards his duty amid a heavy downpour that lashed the state on Sunday.

In a video tweeted by the Assam police, constable Mithun Das could be seen manning traffic without a raincoat, amid heavy rain at one of the busiest intersection of the city.

Assam Police, through their official twitter handle, saluted the constable for his "exceptional devotion towards his duty", adding that he showed how dedication can turn a "storm into a sprinkle."

Assam's Director General of Police (DGP) Kuladhar Saikia also commended the efforts of Das and tweeted: "The visuals of the traffic Constable Mithun Das (Basistha PS) are truly inspirational. I personally talked to him and conveyed my appreciations."