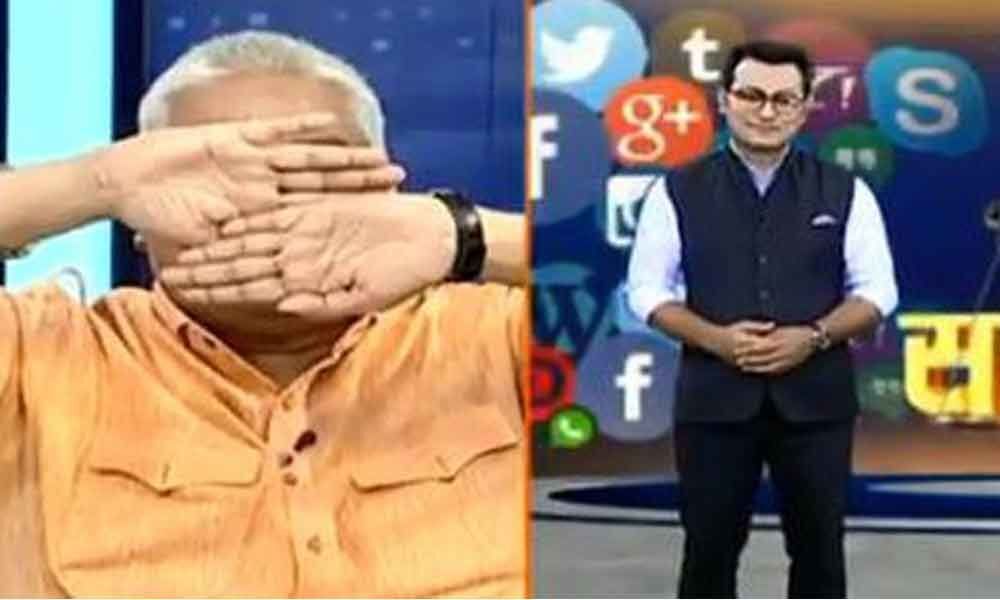 The incident happened on air when a Hindu panelist covered his eyes upon seeing Khalid - a TV show host while discussing the Zomato debacle.

Following the tweets by a Zomato customer belonging to Hindu faith refusing to get his food delivered by a Muslim valet, the nation has been at two extremes discussing the situation. In one such panel held by news channel News 24 India, a Hindu panelist who was invited, covered his eyes upon seeing the Muslim TV show host Khalid.

Sandeep Chaudhary - an anchor on the News24 television channel said Ajay Gautam was a panellist. He covered his eyes and refused to look directly at another anchor of Muslim faith named Saud Mohammad Khalid.

Chaudhary was handing over the debate to Khalid when, he said Gautam covered his eyes. The panelist Ajay Gautam runs Hum Hindu, an organisation that claims they are "against the politics of Muslim".