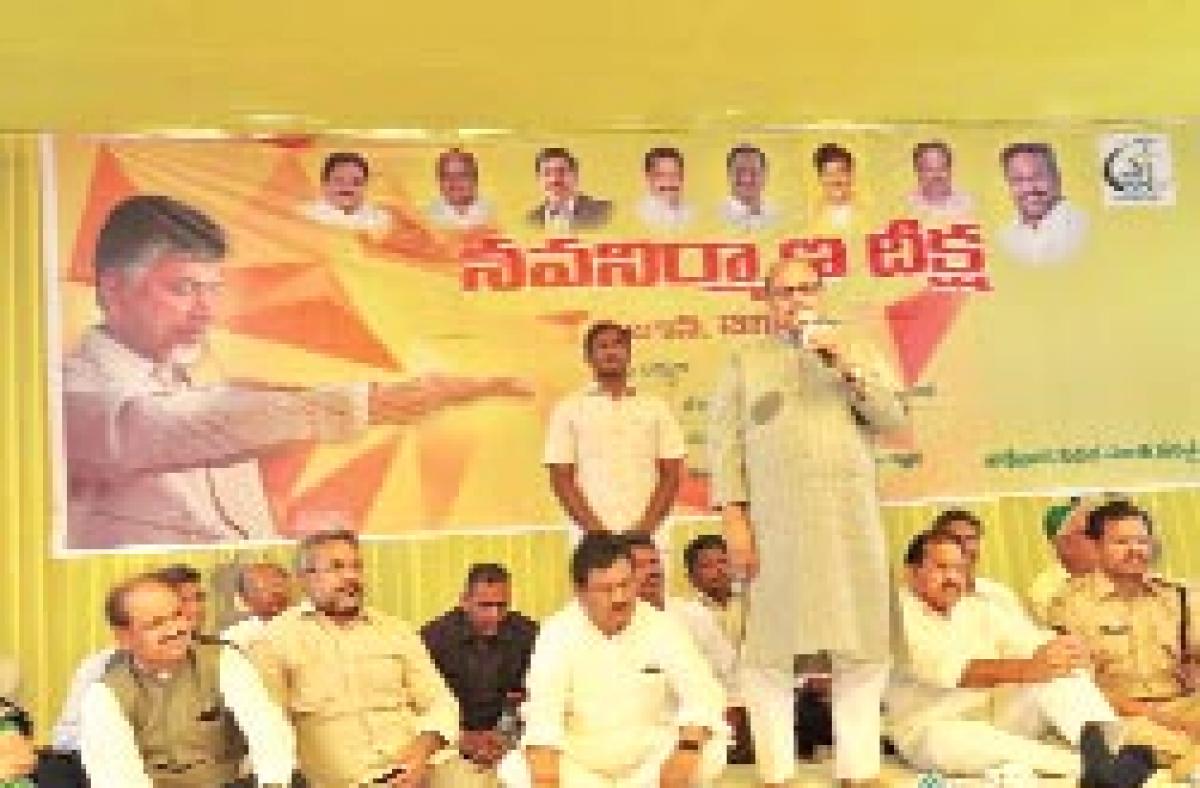 He said the government, with a view to eliminate poverty, had taken up several schemes. The ongoing irrigation projects, particularly Polavaram if completed, would be a boon to the farming community across the State, he added.

Kakinada: Finance Minister Yanamala Ramakrishnudu exhorted the people to strengthen the hands of the State government which had been striving to empower people on socio-economic fronts.

He said the government, with a view to eliminate poverty, had taken up several schemes. The ongoing irrigation projects, particularly Polavaram if completed, would be a boon to the farming community across the State, he added.

He along with Deputy Chief Minister Nimmakayala Chinarajappa participated in the Nava Nirmana Deeksha at Balaji cheruvu here on Thursday. The Minister said that the unscientific bifurcation of State brought forth many problems.

He reminded that the united AP stood in fifth place on the list of top IT exporting states of the country and added that post bifurcation, the State is lagging behind on all fronts.

He said that despite fund crunch, the State government was implementing several welfare schemes for the welfare of the poor.

Deputy Chief Minister Nimmakayala Chinarajappa said that the TDP government is making sincere efforts to develop the State on all fronts.

He said the temporaray Secratariat works at Velagapudi are going on at brisk pace and the Secretariat staff will soon shift to capital region in a phased manner.

MP Thota Narasimham called upon people to contribute their mite for the overall development of the State. Earlier, Collector H Arun Kumar flagged off a rally at ZP Centre which culminated at Balaji Cheruvu.

On the occasion, Department of Information arranged a special photo exhibition depicting the united Andhra agitation and the progress achieved by the State government in the last two years.