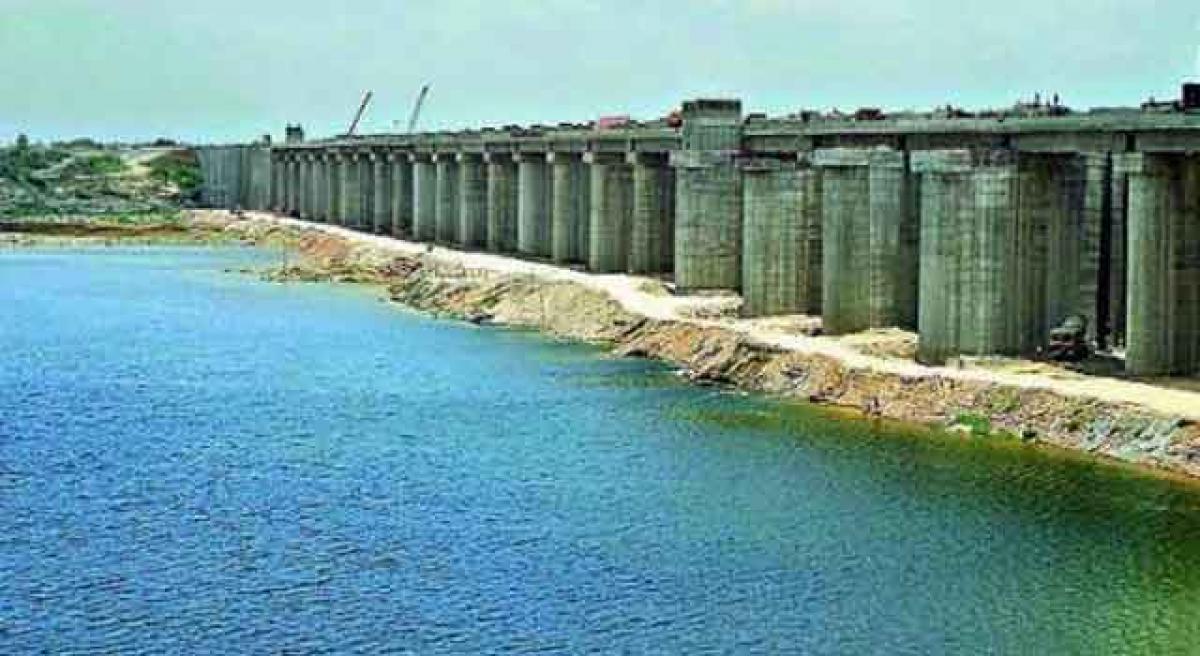 The State government is strongly opposing the demand put forth by the Telangana government that the former should construct a lift irrigation project as part of the rehabilitation and resettlement package of Pulichintala Irrigation Project. If taken up, it would cast a financial burden of Rs 100 crore on the State exchequer.

​Hyderabad: The State government is strongly opposing the demand put forth by the Telangana government that the former should construct a lift irrigation project as part of the rehabilitation and resettlement package of Pulichintala Irrigation Project. If taken up, it would cast a financial burden of Rs 100 crore on the State exchequer.

While making it clear that there is no justification in the Telangana government’s demand, sources in the State Water Resources department point out that the latest reason for Telangana spoiling for fight comes in the backdrop of differences cropped up between AP and Telangana during the meeting of both irrigation ministers over sharing of Krishna waters in Delhi recently.

Speaking to The Hans India, a top official from the administrative wing of the State Water Resources department said, “We have paid everything towards the implementation of R&R package and there is nothing pending from our side.”

Meanwhile, there has been a rise in number of people from in and around submergence areas of the project in Nalgonda district approaching the engineering officials with a specific request. They urge the officials to give them a clarification in writing whether or not their lands fall under submergence area.
“It came to our notice that they are coming with such requests so as to obtain permissions from the authorities concerned for building constructions,” the official added.

Sources further point out that a letter had been sent by the Nalgonda district collector to senior irrigation officials in Telangana seeking more compensation for the project displaced families (PDF). In turn, the same was forwarded to the AP irrigation officials for resolving the issue.

Following this, the AP officials clarified to the irrigation authorities of Telangana that they had paid everything to affected families as was promised. “If they (Telangana) want more compensation, it has to be considered on humanitarian grounds and an executive order has to be passed for the same.

In turn, this requisition has to be placed before the State Cabinet for its approval,” the official explained, indicating the hardship caused to the State government due to the demand of Telangana. In the same breath, he continued: “The issue is stuck here.

It appears that the Telangana government does not want to pass a government order bringing changes in the norms of R&R package of Pulichintala project. If it does, the same may be demanded by the affected families of other irrigation projects within that State.”

While clarifying that it would be next to impossible to take up an Rs 100 crore project by the State government, he felt that more issues may come up if they concede to the demand of the Telangana government now.