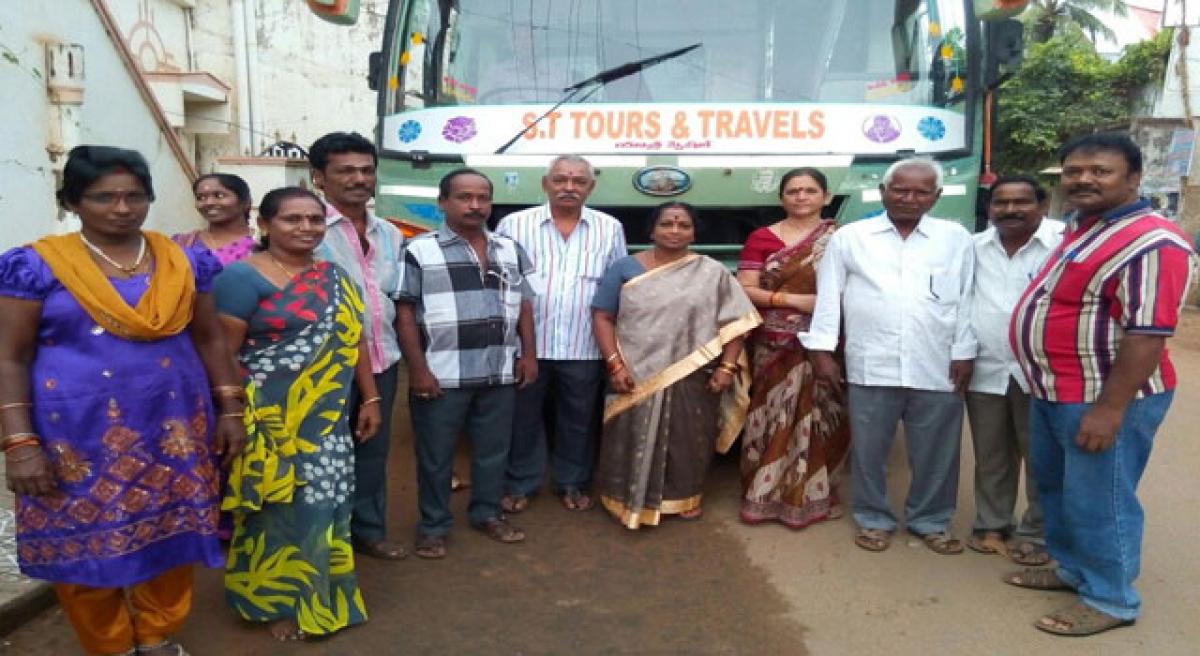 Hundreds of Amarnath pilgrims from Nellore, who were stranded at Baltal base camp, have been facing problems and the government machinery has not contacted the team till Sunday evening.

Nellore: Hundreds of Amarnath pilgrims from Nellore, who were stranded at Baltal base camp, have been facing problems and the government machinery has not contacted the team till Sunday evening.

Though the issue was being telecast on TVs from Sunday morning no official had contacted them on their plight, according to victims.

“We have been staying here without basic amenities. Local voluntary organisations are providing food and have to buy drinking water at Rs 50 per bottle. Tent managements are also collecting huge money from the people and asking us to vacate if fail to pay money.

We have booked return tickets from Agra on August 13,” said Venu, a businessman from Buchireddypalem, from where 30 people were on tour.

In fact, 47 people from Buchi, Venkatagiri, Rajupalem, Nellore and other places stated their journey on June 30 by Dehradun Express from Naidupet station. They were divided into two groups and visited Amarnath temple on July 8 and 9 and reached the base camp at Baltal on Saturday after having a darshan.

Victims said military officials have not been responding to their pleas for contacting senior officials of Andhra Pradesh government for any sort of help for transportation and other support.

They said there were two routes via Srinagar and Kargil where there would be problem for heavy vehicles on Kargil route. They have to reach Srinagar where military restrictions were imposed on tourists due to violence.

When The Hans India contacted Collector M Janaki on Sunday about the pilgrims who were stranded at Baltal base camp, she said that she did not contact the pilgrims from Nellore.

Eventhough the issue has been taken to the notice of personal secretary of Home Minister N Chinnarajappa there was no response from them.

“Officials reacted instantaneously when we were stranded here during torrential rains last year. But, this time there has been no response from the State government on our safety and no one tried to help us. This is pitiable on part of the administration,” said another pilgrim from Nellore over phone.

There are around 50,000 to 70,000 people and Telugu people have no contact with each other due to restrictions on their movement.