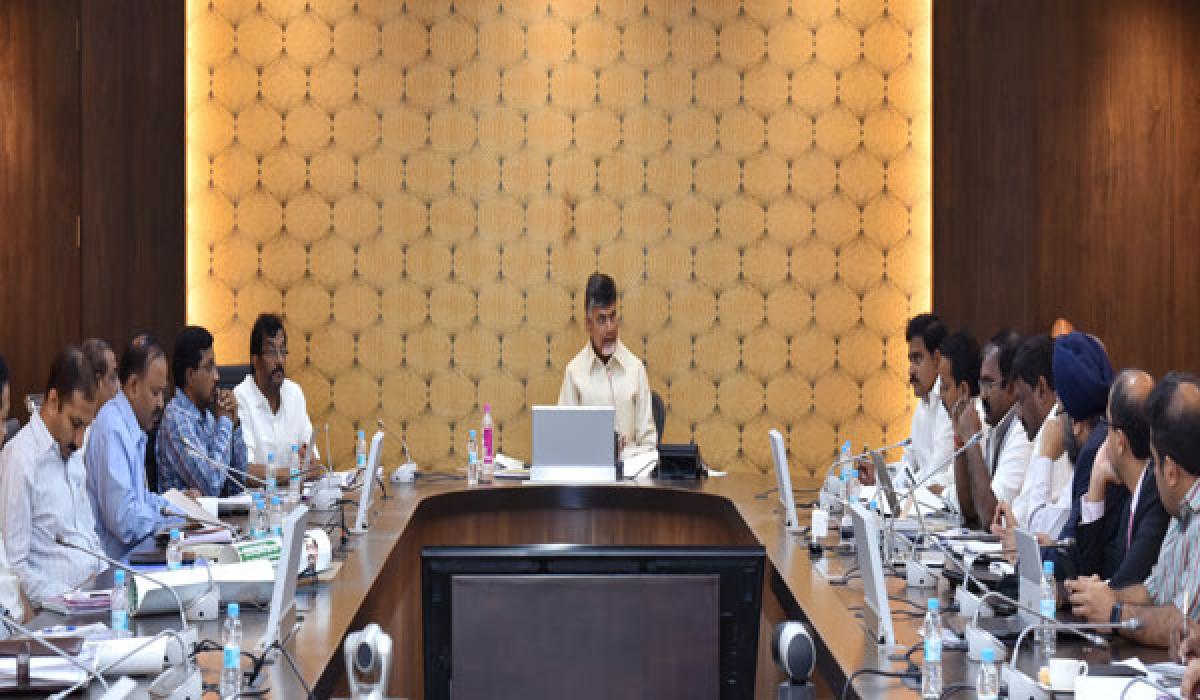 Amaravati: Chief Minister N Chandrababu Naidu instructed the officials of irrigation department to prepare action plan to release water for seed beds from first week of June for the forthcoming kharif season. Addressing officials in a review with irrigation department at Velagapudi here on Thursday, he asked the officials to advance the water release plan to avoid the cyclone impact during harvesting period.

“Services of ISRO are also available to get information over rain conditions,” he said and asked the officials to use available technology for analysing water details including available reserves and future requirement. The officials were told to take necessary steps to mitigate drought conditions. He hoped that 25 per cent growth rate is possible in agriculture sector.

“Water should go as waste in to sea,” he said and asked the officials to make plans to divert the rain water into tanks and canals. He directed them to geo-tag all tanks, reservoirs and check dams. “Mobile drip irrigation and lifts should be utilised, where there is water scarcity,” he added and instructed the officials to divert at least 50 tmc ft of water for tanks in the current season.