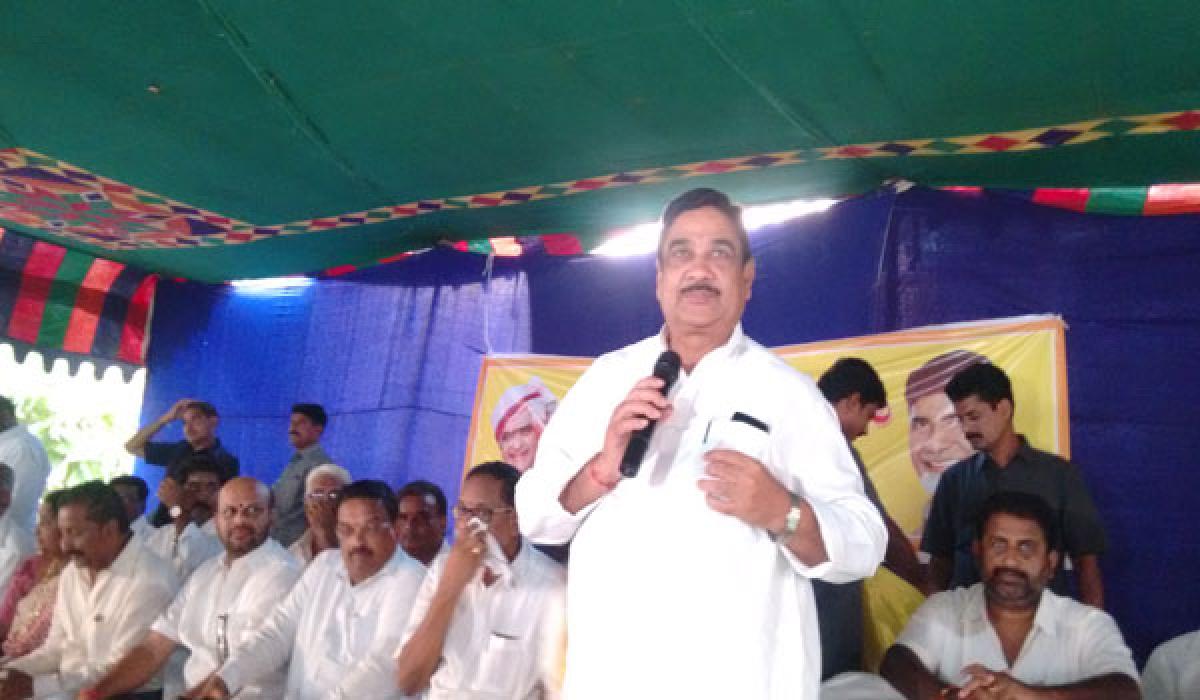 These two names will be formally announced at Prathipadu on May 23 when the party organises Mini Mahanadu, the Deputy CM said. Later at the party activists meet held at district party office, both Chinarajappa and Kala Venkata Rao observed that the coming two years are very crucial for the party as they will have to face fresh elections in 2019.

The two leaders exuded confidence of completing the mega Polavaram Project by then. The Project is being executed at a cost of Rs 40,000 crore.Meanwhile, the party leaders are making hectic arrangements for the smooth conduct of Mini Mahanadu at Prathipadu on Tuesday.