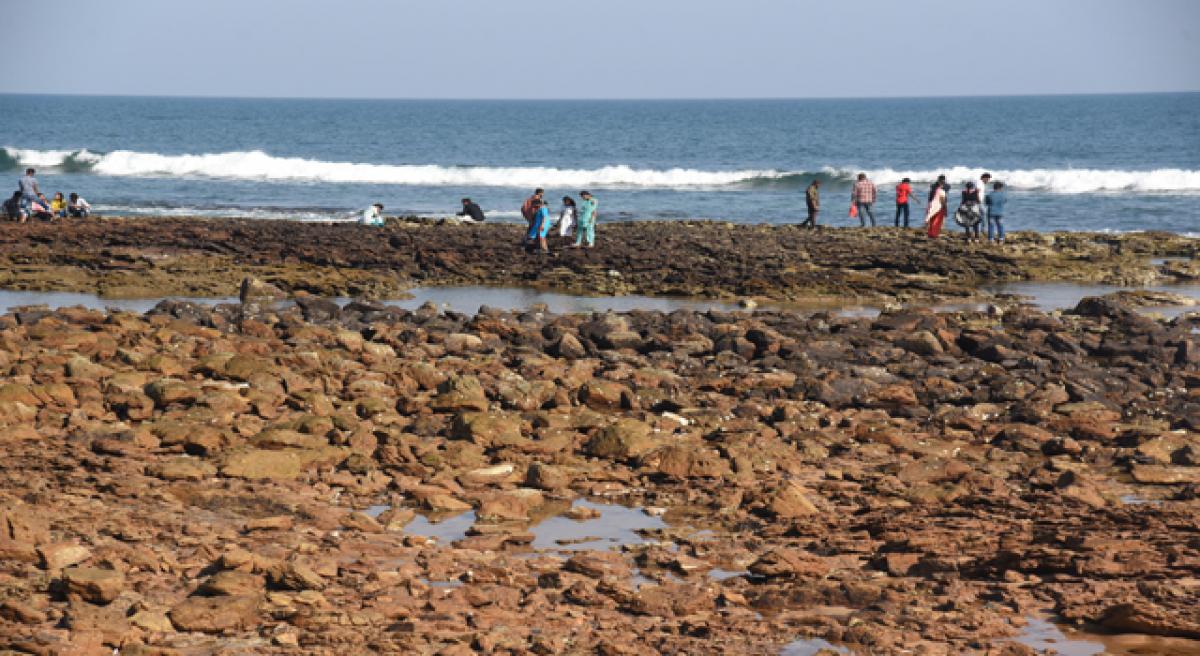 The visitors of Rushikonda beach had a different experience when the sea has receded to about 100 metres exposing all the sharpened stones here on Sunday.

Visakhapatnam: The visitors of Rushikonda beach had a different experience when the sea has receded to about 100 metres exposing all the sharpened stones here on Sunday.

According to fishermen, the ocean has receded as a result of the recent lunar eclipse, thereby, exposing the submerged pits and other material underneath. As there were no tides towards the western side of the beach, the visitors on Sunday enjoyed the evening at the seaside.

Rushikonda is one of the most popular beaches in Visakhapatnam, where thousands of people rush to the beach particularly during the week-ends. According to the scientists of the National Institute of Oceanography, there was nothing to panic when the sea recedes.

However, rumours spread out fast that a tsunami would be expected anytime. Some of the fishermen predicting that the city would be hit by something like a tsunami and the sea will be receded over 50 to 100 metres.

Speaking to The Hans India here on Sunday, scientists said that there was no technical evidence that the sea would recede before the tsunami. Due to the tidal phenomenon and the impact of the local winds, the sea and the blue waters would recede.