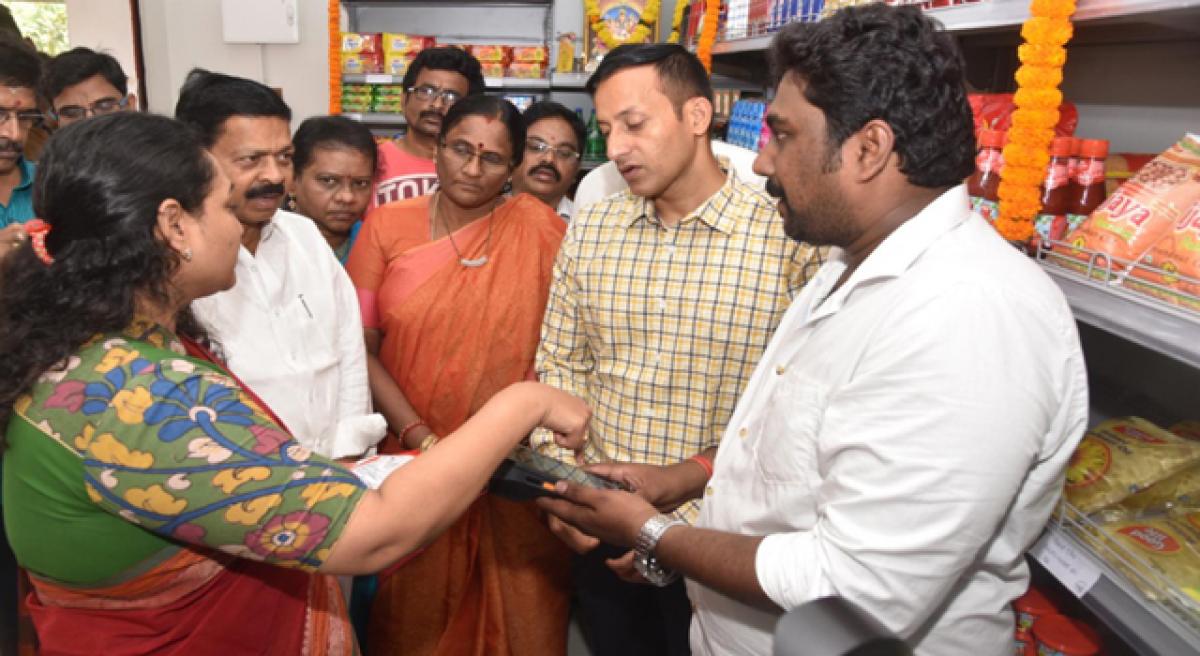 This is the first mall in the district after entering MoU with Reliance Retail. Along with ZP Chairperson L Bhavani and Joint Collector G Srijana, District Collector Pravin Kumar has inaugurated the mall. Speaking on the occasion, Pravin Kumar said that 500 more FPSs would be converted into village malls in the district in the coming next two months.

The Collector inspected the prices of various commodities through electronic-Point of Sale (e-PoS) machine. According to the government directions, all the 270 commodities would be sold in the Chandranna Village Mall for Rs 10 less as against the prices in the open market.

Pravin Kumar has stated at least 200 square feet should be needed to set up a village mall and the commodities presently distributing through the FPs would also be delivered through the mall. ZP chief L Bhavani called up the locals to utilise the opportunity provided by the government. All the FPSs would be converted into village malls in the district, she added.

Later, Reliance Retail representative Arun has explained about the facilities created in the mall and the commodities are being sold in the store. District Civil Supplies Officers Suvarthavani, Nirmalabai and Ramanujamma also present.