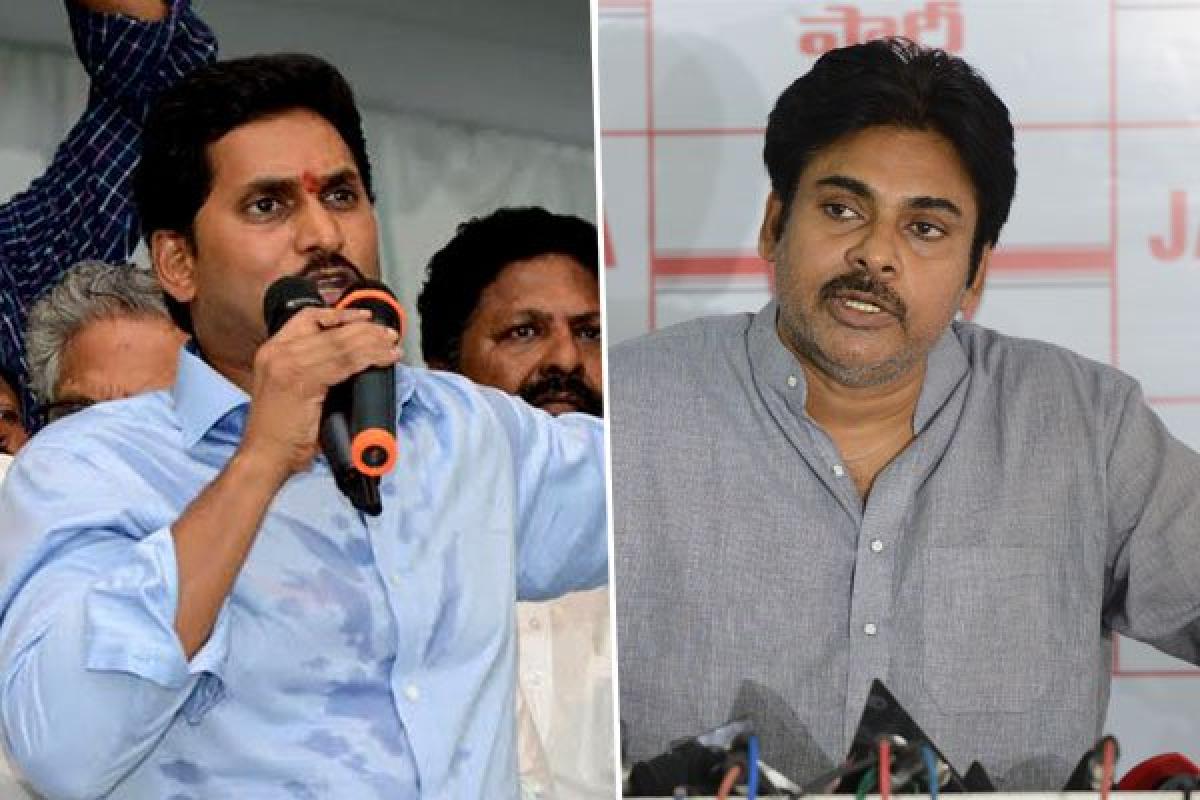 Hitting out at Chandrababu Naidu for his stand on Special Category Status (SCS) even at this crucial juncture, YSR Congress President YS Jagan Mohan Reddy has said that his Party has been very clear on the issue and has been very consistent in the fight for achieving the goal.

​Guntur: Hitting out at Chandrababu Naidu for his stand on Special Category Status (SCS) even at this crucial juncture, YSR Congress President YS Jagan Mohan Reddy has said that his Party has been very clear on the issue and has been very consistent in the fight for achieving the goal.

Speaking to media here on Friday, the Leader of Opposition said that ‘we have created history by being the first political party to move a no-trust motion against Narendra Modi government and our MPs have resigned and sat on indefinite fast which shows our commitment for the cause.

On Pawan Kalyan, he said, ‘there is no need to react on his remarks as he was very casual in his approach only to save Chandrababu Naidu till recently. He used to make a sudden appearance and disappear only to reappear after a long interval, he said.

Chandrababu Naidu, who has tried to water down the SCS all the four years had taken a U-turn and has put forth his personal agenda ahead of state interests by not agreeing for the resignations of his Party MPs as he fears that there should be someone to guard him and to save his skin.

The impact of the en masse resignations of 25 MPs would have been different if TDP too joined but Chandrababu Naidu’s priorities have been different all the time. Now he has been calling for All Party meetings which have no relevance as it was he who has spoken ill of SCS for over four years.

Shooting out seven pointed questions to Chandrababu Naidu he said that he did not bother to ask about SCS for seven months while he was chief minister and the UPA cabinet resolution was with the Planning Commission. He has agreed for the special package in lieu of SCS and he has been painting a rosy picture of the state to give an impression that Andhra Pradesh does no need the special status as his projected growth rates were higher than the national average.

It was Chandrababu Naidu who foiled all the protests and dharnas while we have been in the forefront and held dharnas at the national capital as well, he said.

Till March 15, he was against SCS and when we have mustered support from all political parties he took a U-turn on the next day and started speaking about the status. His All-party meetings have no meaning as he tried to water down it all the time.

We are firm in our resolve and Chandrababu Naidu not joining the protest at this juncture would further weaken his stature, he said.