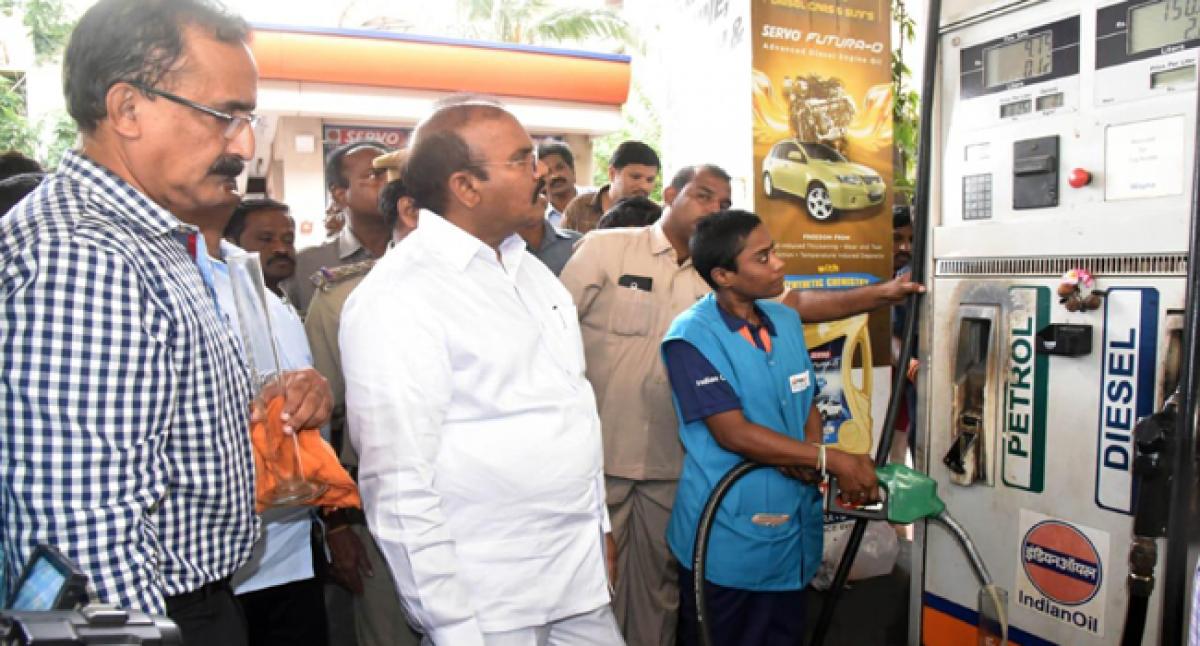 Visakhapatnam: Civil Supplies Department launched a phone number ‘Dial 1100’ to lodge complaints on irregularities in fair price shops. The beneficiaries whoever is facing problems at the fair price shops like less weight of commodities and demanding extra prices can lodge their complaints and grievances by dialing 1100.

Civil Supplies Minister Prathipati Pulla Rao released a poster of ‘Dial 1100’ in Visakhapatnam on Friday. The Minister directed all the officials to set up the posters in all public areas and every fair price shop to educate the beneficiaries.

Prathipati inspected a petrol outlet located a Seethammadhara in the city along with the senior officials of the department. He examined the quality of the fuel and weighing machine. While observing some irregularities in the outlet, the Minister warned the dealer. On the occasion, he directed the officials to inspect all the petrol outlets in the city till the evening.

Earlier, addressing the media, the Minister said that the government decided to supply millets through ration shops from September. The millets would be supplied on every ration card against 3-kg of rice. After assessing the demand from the people it would be increased further, he said.

Satisfaction levels should 95 per cent: Later, addressing the ration shop dealers of Srikakulam, Vizianagaram, Visakhapatnam and East Godavari districts, Prathipati asked them to work to ensure 95 per cent satisfaction among the people on the government.