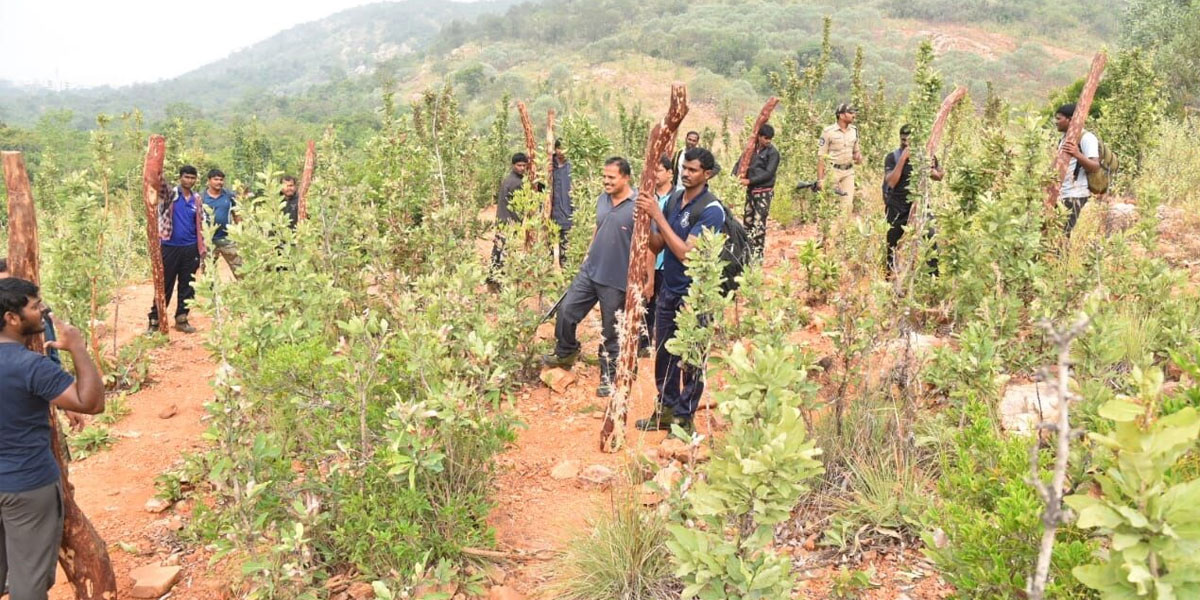 A task force team led by RSI Vijaya Narasimhulu acting on a tip-off, on Thursday laid a watch at the exit point near Haritha Colony in the city to ambush the smugglers coming out of the forest with logs.

After a twelve hour wait, the force spotted a group of smugglers with bags venturing into the forest and tried to nab them, on Friday morning.

But the smugglers managed to flee, leaving behind the bags containing large quantity of food grains, vegetables, edible oil etc.

sufficient for about 50 members, indicating that another batch of smugglers are staying in the deep forest.

The task force went into the forest in search of the smugglers and found the foot prints in Seelakona area where later they came face to face with a group of smugglers after dusk.

The smugglers attacked the personnel with stones and retreated deep into the forest when the force fired in the air.

The task force stopped hunting for the smugglers as it was already dark and waited there till morning (Saturday) to resume the combing.

Additional force along with sniffer dog joined the combing party in Seelakona forest area resulting in the recovery of 14 logs on Saturday.

It is pertinent to note that the exit point near Haritha Colony in the city turned to be the major point for the smugglers to bring the logs from the deep forests and task force 27 times found the smugglers in the area.