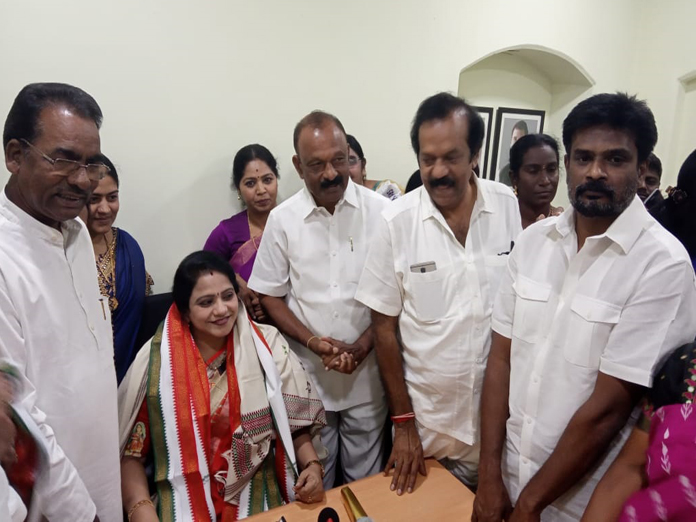 Raghuveera Reddy recalled that Congress President Rahul Gandhi promised to implement Rajiv Arogyasri up to Rs 5 lakh and loan waiver of Rs 2 lakh to the DWCRA groups. The 33 per cent reservation bill would be presented in Parliament, he added.

The Special Category Status (SCS) is the only solution for the development of Andhra Pradesh and the youth would get jobs, he said. The PCC chief said that development of AP is possible only if Rahul Gandhi became the Prime Minister.

Women should work with more vigour after the entry of Priynka Gandhi in politics, he said. Pedada Ramani Kumari, who took charge as the State Mahila Congress president in the presence of the senior Congress leaders here, said that she started as a volunteer carrying the Congress flag and ultimately became the State president of Mahila Congress.