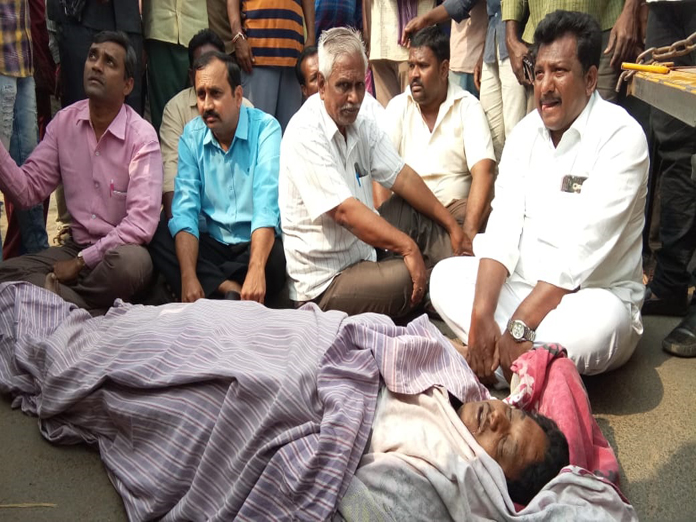 A couple committed suicide by hanging from the ceiling at their house at Navaluru under Mangalagiri rural police station limits in Guntur district on Wednesday midnight, which came to light to on Thursday

Guntur: A couple committed suicide by hanging from the ceiling at their house at Navaluru under Mangalagiri rural police station limits in Guntur district on Wednesday mid-night, which came to light to on Thursday.

According to police, the deceased were identified as Miriyala Kiran (33) and his wife Heleena (30) residents of Navalur. Kiran started job consultancy centre in Vijayawada and by assuring a job in the Food Corporation of India, he had taken Rs. 6-lakh from one Rajasekhar a few months ago and cheated him.

There are allegations that Kiran assured government jobs and had collected Rs. 25-lakh from four persons and cheated them. Rajasekhar filed a complaint with the Ibrahimpatnam Police in Krishna district. Two -days- ago police grilled Kiran and warned him to return the money. Kiran and his wife Heleena committed suicide by hanging from room ceiling at their house.

Kiran's father Subba Rao alleged that the two have committed suicide as they were unable to bear police harassment of Ibrahimpatnam SI Satyanarayana and demanded stern action against the S.I. Family members staged dharna with the bodies at Ambedkar Centre in Mangalagiri demanding action against the S.I. and MLA Alla Rama Krishna Reddy also staged dharna in support of them.

Police brought the situation under control. Guntur North DSP G Rama Krishna said, “We have registered the case under the Section 306 of the IPC and took up investigation. In the complaint, family members did not mention about police harassment.”