Cement cos go for dispatch holiday to create scarcity 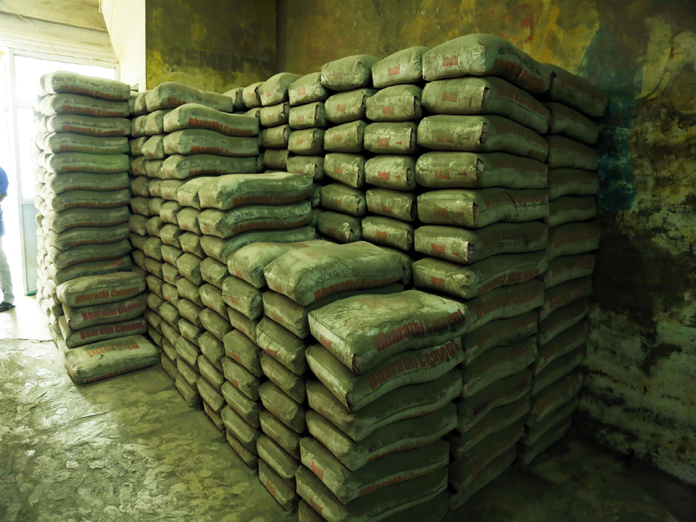 In the absence of any control by the government, the cement manufacturers have been implementing dispatch holiday for the last four days obviously in an effort to create artificial demand and increase prices

Tirupati: In the absence of any control by the government, the cement manufacturers have been implementing dispatch holiday for the last four days obviously in an effort to create artificial demand and increase prices. This was not new for them as they became the dictators as far as the cement production, supply and arbitrary price fixation are concerned without depending actual market demand.

The price of 50 kg bag of cement has been around Rs 270 for quite some time with minor fluctuations. Due to the differences among the manufacturers they could not hike the prices as they intended to do, it was learnt. At last, they all met in Chennai during the last week of January in the presence of one big shot in cement industry and decided to be united by forming a syndicate to dictate terms as far as the prices and prevent any drop in them.

Accordingly, they have imposed a dispatch holiday and not sending any stock out from their manufacturing units thus creating artificial scarcity in the market. By doing so for another two or three days, they reportedly going to hike the price of each bag by Rs 30-35. As fresh stocks were not coming, the traders have been clearing their existing stocks while who do not have them were waiting for new loads.

As such, the demand for cement has been increasing and once the stocks enter market, people will have no alternative but to buy at the increased prices. One trader told that Cement Manufacturers Association (CMA) was planning to hike the price further by Rs 20-25 after February 11.

He wondered, how the government was silent on these developments though forming syndicates and imposing dispatch holidays by keeping in the stocks was a crime.

The AP government has formed a group of ministers in 2017 itself to control cement prices. That committee held discussions with the companies twice which could not yield any result as the CMA ignored the government’s dictum in this regard. Ironically, in Nellore cement price was much cheaper by Rs.30 when compared to Tirupati and the rest of Rayalaseema districts.

Though the supply has to reach Nellore through Chittoor district from Kadapa and Anantapur the price was less there than these districts, observed a dealer, which shows lack of transparency in price fixation. From Nellore the entire coastal area the price was comparatively cheaper and how can it be, he asked.

Also, the CMA has been supplying the cement to government at Rs 250 per bag which indicates that they can earn profits at that price itself. Then why cannot they supply it to common man also at that price or just a little more, asked the dealer. With this, even people who need large quantities were getting cement from Nellore district pushing local traders into dismay.