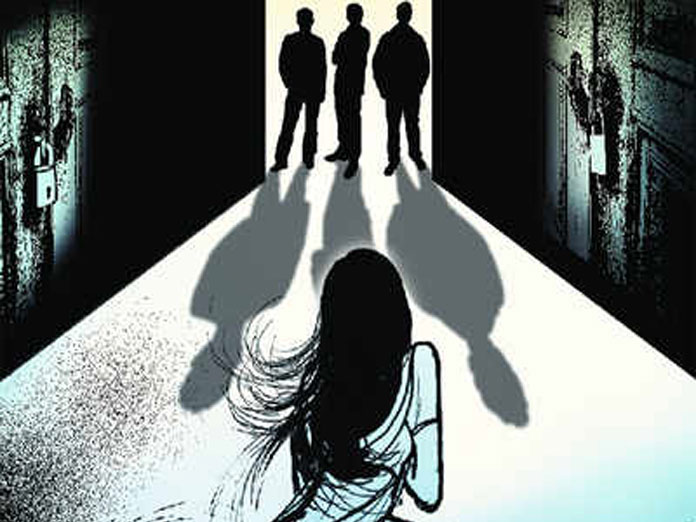 Nellore: A woman was allegedly gang-raped after being abducted by five men at Sullurupeta railway station in Nellore district on Sunday.

The woman along with her boyfriend came to the railway station to board Bokaro-Madrass express, in order to get the seats in the general compartment of the train the couple sat at the last bench of the platform no 1.

As the last bench on the platform was abandoned, on seeing them the gang members have attacked the couple, injured her boyfriend and lifted the girl.

Later, they took her to an isolated place near the railway station and then took turns to rape her, the victim alleged. After the crime, the accused left the woman in a semi-conscious stage.

The victim is a native of Vijayanagaram and her boyfriend belongs to Kakinada. The couple were working in a private company at the SriCity.

On the complaint of the victim, the police have registered a case and conducted a search at the surrounding areas of the railway station.

Due to heavy bleeding, the woman was shifted to the local hospital, where she is undergoing treatment.

The police took the case on a serious note and arrested the accused two members in this connection and looking out for the other three gang members.