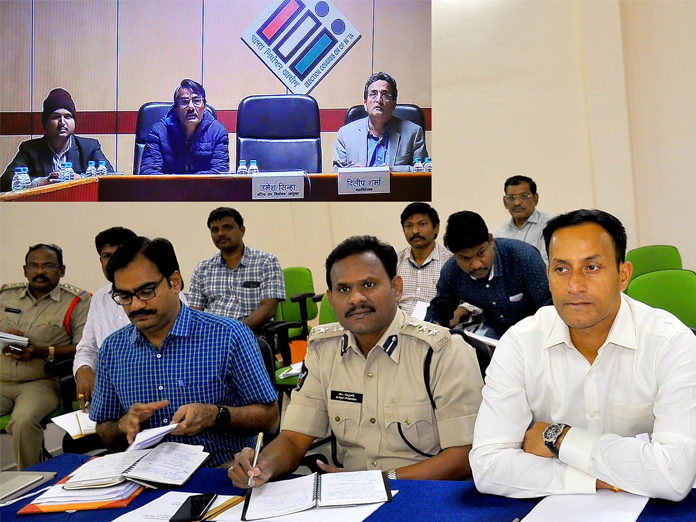 Eluru: The West Godavari district administration is ready to tackle the challenge influence of liquor and money in the upcoming elections.

The Collector informed the Election Commission that necessary measures were taken for the conduct of free and fair elections in the district.

He explained on various aspects such as preparation of voters list and basic facilities in polling stations. He said they were preparing estimates on the staff required to conduct polls.

In the two Parliament and 15 Assembly constituencies, a total of 30.57 voters will exercise their franchise, he explained.

The Collector also made it clear that they had already convened awareness sessions on voters list with representatives of civil society and political parties.

Superintendent of Police M Raviprakash, Joint Collector M Venugopal Reddy and others were present on the occasion.