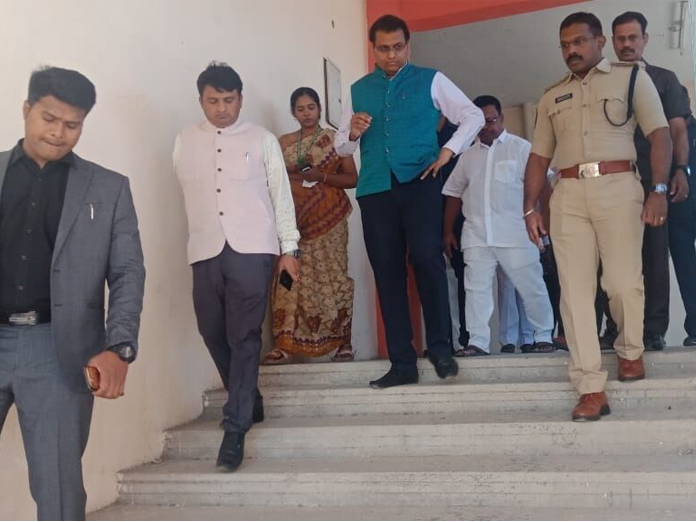 First, the Collector has visited the Yogananda and Annamacharya engineering colleges located outskirts of Tirupati to keep the EVMs after the polling. He also examined the facilities for votes counting.

In the aspects of security, space, rooms availability and all other parameters are being examined by the district election authority and Collector PS Pradyumna. He has discussed with officials on the post-election arrangements at engineering colleges.

Later, on the way to Chittoor, Pradyumna also inspected Vemu Engineering College to keep the EVMs after the polling.